Forever in search of top quality, hyper efficient gear, for the 2017 TITAN BOXING rod range, we set ourselves a challenge: each new rod was to be multi-technique and yet at the same time specific to a certain technique or style of fishing!

As you can imagine not an easy task, for specific and all-round do not tend to go together! It took a lot of testing and prototypes, but together with Philippe MAHIN and Mitch LAKOS, we are proud to present you 3 new rods that comply with these specifications. As you will see, they will be just perfect for different modern catfish techniques be it from a boat, a float tube, a kayak, the bank, with lures, live or dead baits!

The one-piece short rod of 170 cm was originally developed to be used to fish with fireball techniques from any style of watercraft (boat, kayak, float tube...) thanks to its really short butt section. It has a cushioning semi-parabolic progressive action which is the key to heavy fireball applications with big live or dead baits (fish over 50 cm). This specific action will also enable you to achieve hyper efficient strikes and to be in control all through the fight even with the biggest monsters! 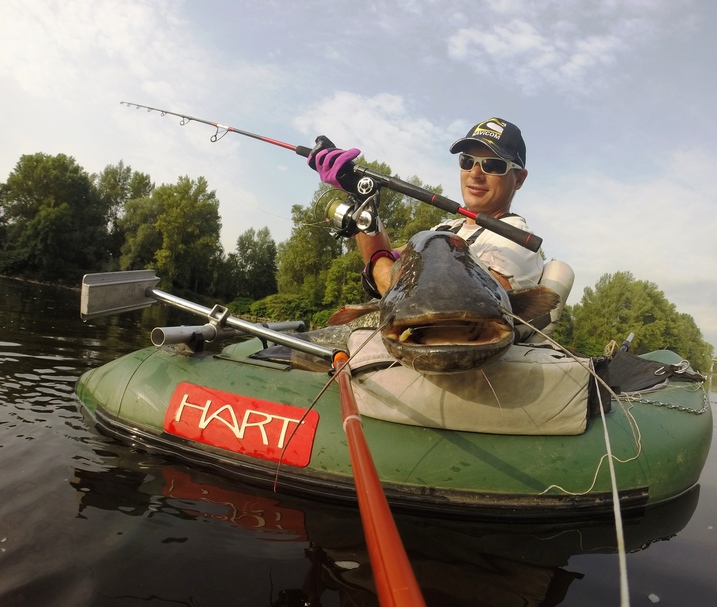 The "DIRECT" the rod for watercraft applications thanks to its short length (170 cm) and butt section.

It's also perfect to fish holding your braid by hand be it with a fireball rig or with a teaser. The braid often tangles around the last guide, but thanks to its short length and Fuji SIC Low-Ryder guides this will no longer be an issue. 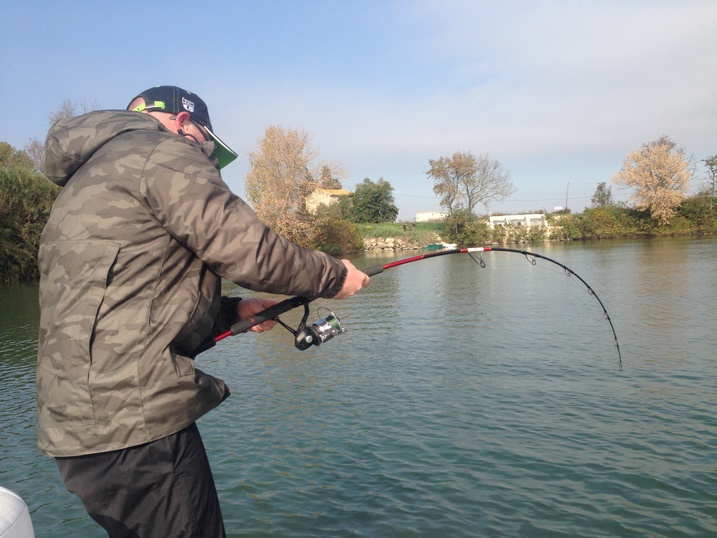 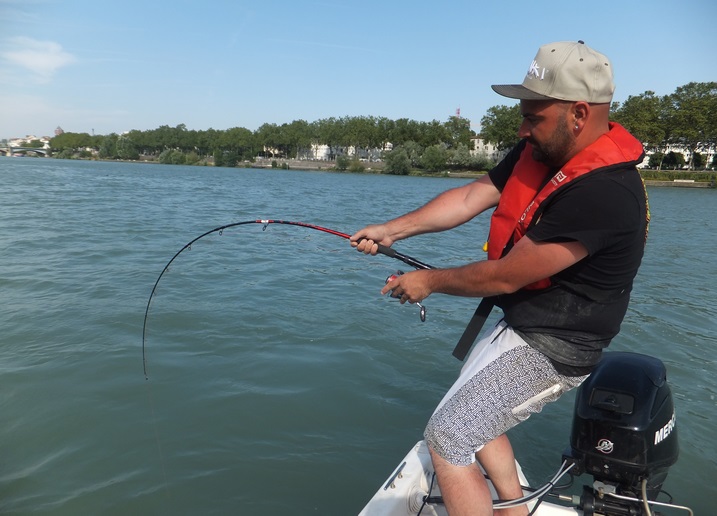 The « JAB » giving a big Seine catfish a hard time

With this rod we have managed to find the perfect association in-between length, power, reactivity and the number and size of guides to enable you to fish effortlessly, energetically animating big dead baits all day long (often the trick to get the biggest ones to bite). Its specific action will significantly reduce lost fish that occur after hyper violent reflex bites thanks to the absorbent fibre used in its blank. It's the type of rod that once you've tried it, you'll never want to use another one! 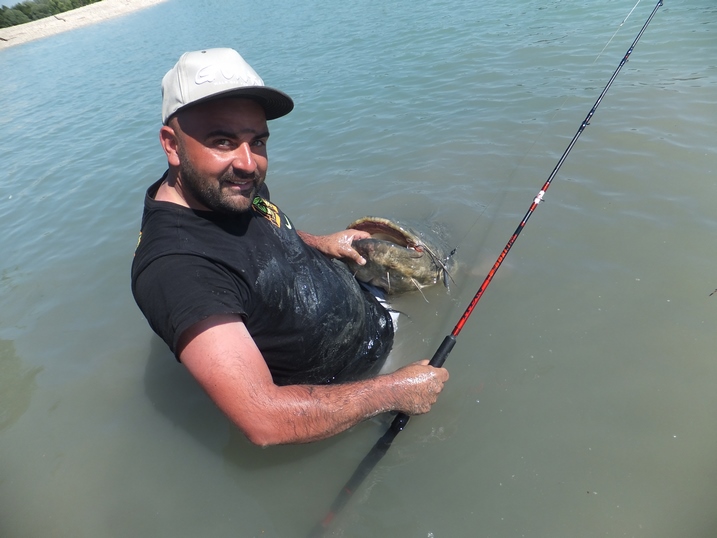 Another massive cat for Mitch LAKOS caught with a big animated dead bait.

You can also use this rod to fish with vertically with lipless lures, for "light" fireball applications with small fish or worms and for "Mandai" type jigs.

This rod is complementary to the "SHOOTING" we developed last season. A lure all-rounder designed for catfish, but that can also be used to fish other predators when it's flood time. 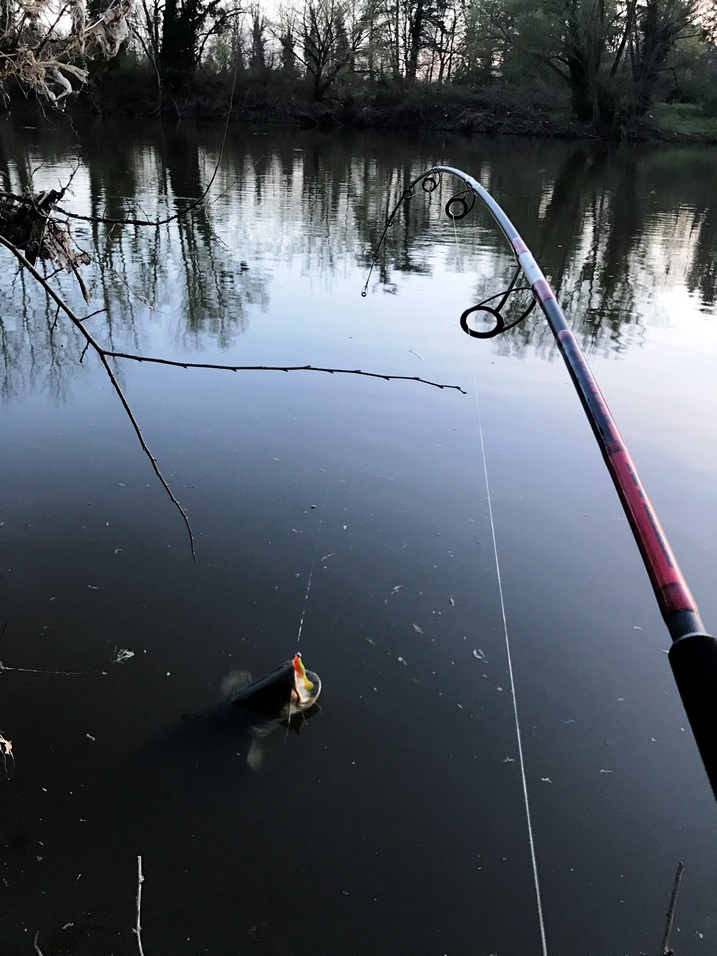 The « HOOK » giving some backbone on a big Loire catfish caught on the GRUBBY SHAD.

The "HOOK" has been developed to fish cats and has a ton of power packed into its blank made of a specific positioning of the different layers of carbon and it important conicity.  2,30 metres long, asymmetrical sections, light (less than 300 g) and reactive it is a pleasure to use when casting big lures, 20 to 150 g all day long like the « GIGAN 65F », « GAPPA 130F », 13 cm « GRUBBY SHAD » with a 10 g jig head  or the 70 g « WOBCAT ». It is also designed to be used you thick braids, 0,35 to 0,40 mm without losing cast distance. You'll be able to cast a GUNKI GAPPA 130F way over 40 meters with ease! Its length also makes it ideal to be used from the bank or from a boat. 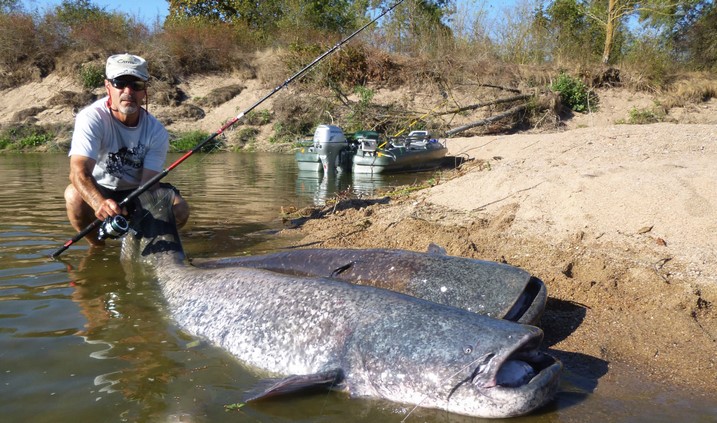 A nice brace of 2 m + cats for Philippe MAHIN.

So now you know all you need to about the 3 new rods in the TITAN BOXING range and it's time to go out and try them! Be it from the bank or a watercraft, with dead baits or lures, there's a BOXING rod for you, so give them a try and let us know what you think about them! Be sure to send us your photos and get featured on the official GUNKI Facebook page. If you have any questions, just contact us via Facebook : www.facebook.com