Whilst I work as guide in Ireland there is not much free time or days off work. So, when we can go fishing in between mates/colleagues, it is always an epic session! Ok, we never really stop working as we tend to go and prospect zones that we have yet fished. After having spent a while on Google Earth and Google Maps, we selected a zone that seemed pretty promising and relatively sheltered from the wind. Promising would turn out to be a major understatement, it was to be a day that I, we will never forget!

Fishing started off really hard for me. I missed the first 3 bites on a 20 cm GUNKI G'BUMP, simply unbelievable! The fish hammered the lure, but I just couldn't set the hook. I swapped to an ITOKA 210 and that choice was to be the game changer. At last when the fish bit I was able to set the hook and reel them in. I managed to catch 3 meters plus pike just by fishing the lure slowly over the weed beds. Long, slow retrieves with long pauses did the trick. It was during the pauses that the bites would happen, when the lure was no longer moving! It was insane, massive fish just crushing the lure with a vengeance! 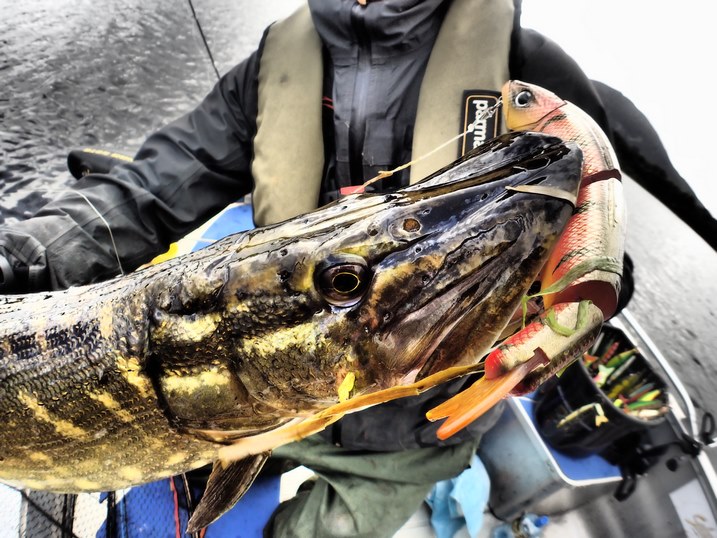 We do not have a single drift without a bite! As we were fishing a massive weed bed of potamots, shallow style fishing was the key to getting the fish to react, and for that the GUNKI ITOKA 210 and 20 cm G'BUMP were just perfect. The crazy pike literally tried to rip the rod out of our hands as they smashed into our lures!

Later, when the bites slowed down, even after having tried to speed the animations up a bit, I switched to  a shallow rigged  20 cm Blue Ice that I fished with a constant linear retrieval. As soon the sun came out from behind the clouds and reflected in the lure's glitter loaded flanks, the pike went mad! The biting frenzy started again and I was glad to have my GUNKI IRON-T C-240 XXH rod to counter the insane rushes. It was the same pattern for my mates, G'BUMP or ITOKA depending on the conditions equaled crazy Irish pike! 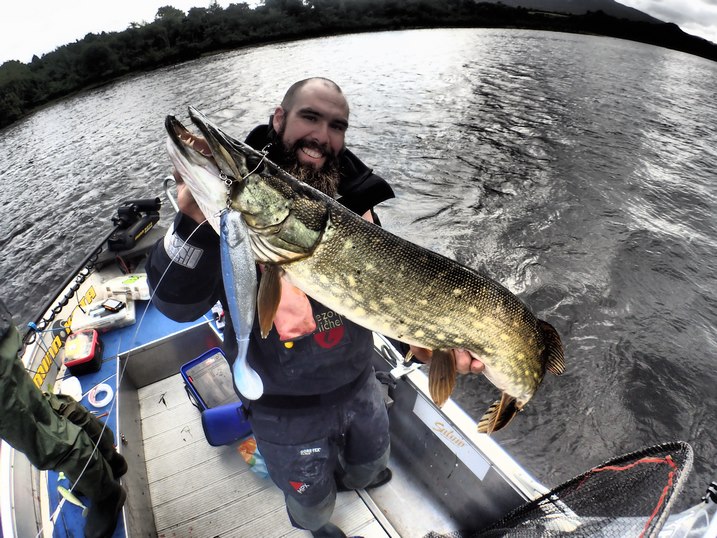 At the end of the day the stats were just magic, I had caught 12 pike, 3 over the meter mark, 100, 104 and 110 cm! The three of us totaled 36 pike, 5 over a meter and 30 over 90 cm... Talk about crazy Irish pike fishing! On the way back home, we just could not get over it, what an unforgettable day, what more could you wish for? I think that the only word that can describe such a session is simply HAPPY!

Hope to see you soon as I would just love to be able to share such moments with you on or in the water.

Fishing Guide in France and Ireland