By using and browsing our websites, you consent to cookies being used in accordance with our policy. If you do not consent, you must disable cookies or refrain from using the site. Ok
Home MASTA BLACK BASS

For many of us, fishing is a passion, an addiction, even a life style, for me it’s all 3 at the same time and it is also my job. You could say what more could you ask for than a job that’s your passion? Well when your passion becomes your job, every day’s not just fun and games, you really have to work! Even so, at work or not, when you beat a personal best it still feels as great!

My passion, or rather my obsession for black bass goes back over 10 years when in 2004 I caught my first “big” one, a fish of 47cm that will remain my biggest for a long while. 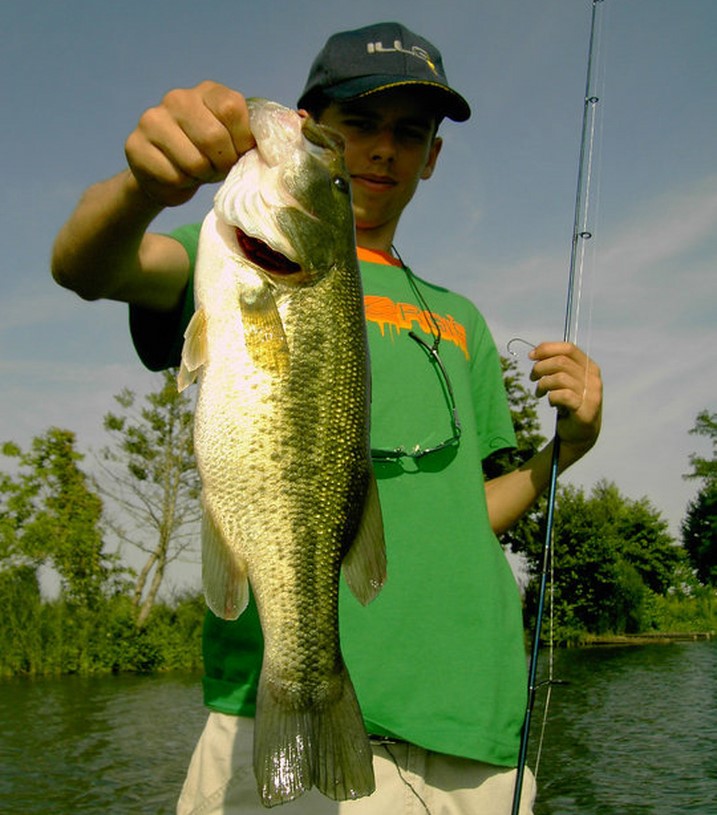 For a long time I was “stuck” at 49cm and despite catching quite a few “big” fish I was never able to beat that magical 50. 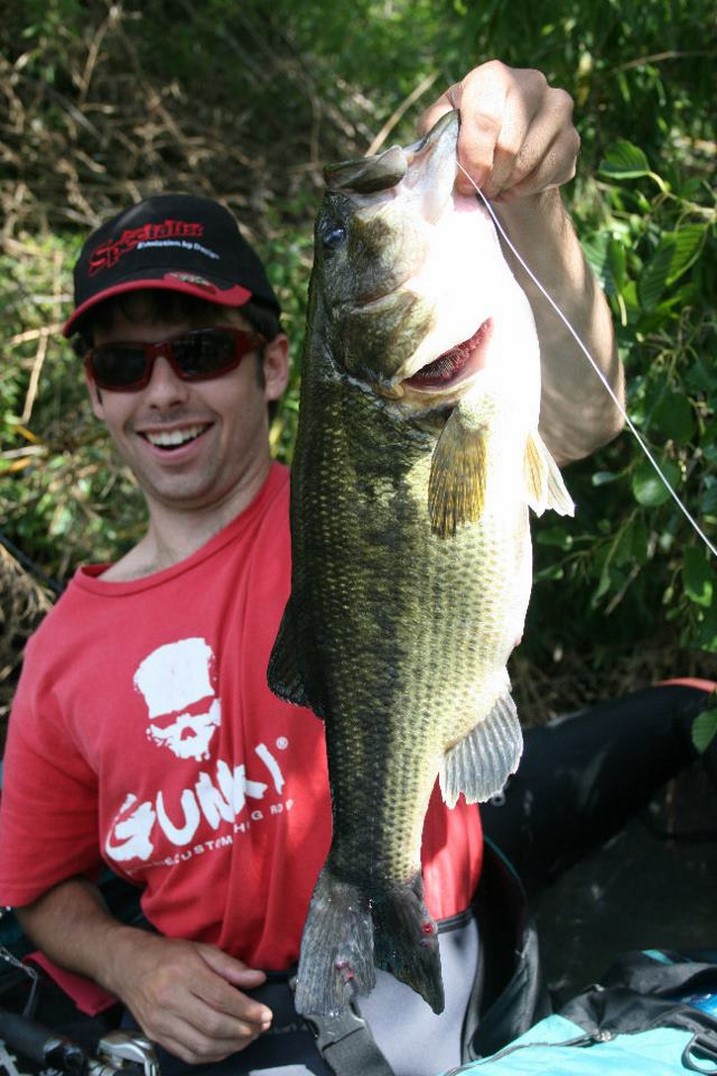 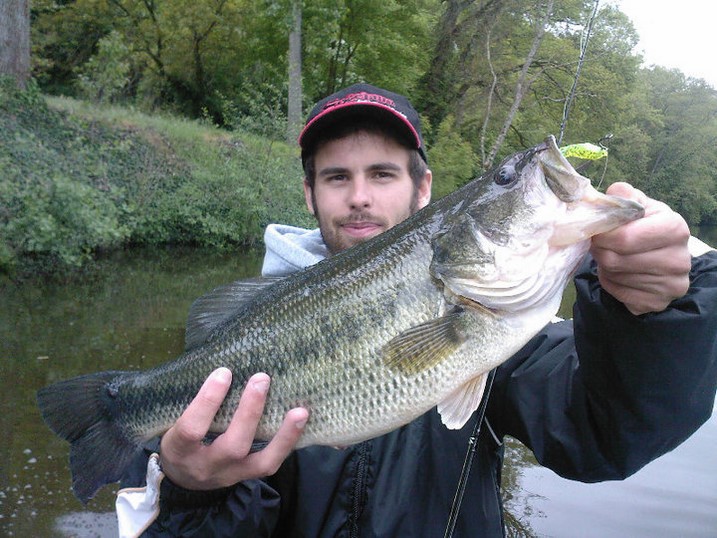 I then moved to Spain, to the famous Extremadura region to work as a full time pro fishing guide and the more I discovered the area, the more I began to realize its’ crazy potential! It’s a paradise for pike and bass fishing and believe it or not, it was during one of my 1st pike sessions that I beat my bass personal best! As I was prospecting with a Gamera 128SP, I suddenly felt a “pull” on my lure, only one way to deal with that: strike! A few seconds later I was holding a bass of 54cm, at last I had my “50+” fish! 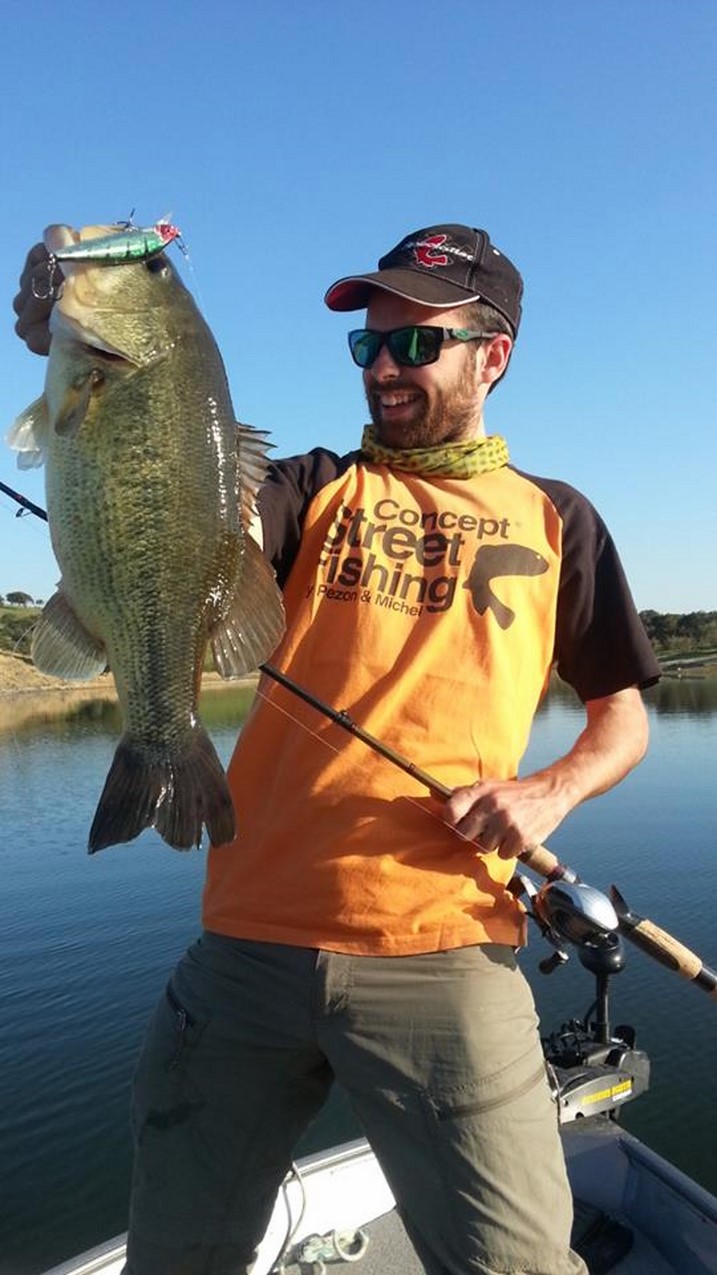 In 2015 when we developed the new Gunki « Bass Addict » range, with it came my new « trump » lure for when the fishing got hard: the Gunki Vista Worm. Presented drop-shot style, this lure caught me a countless 50+ bass. 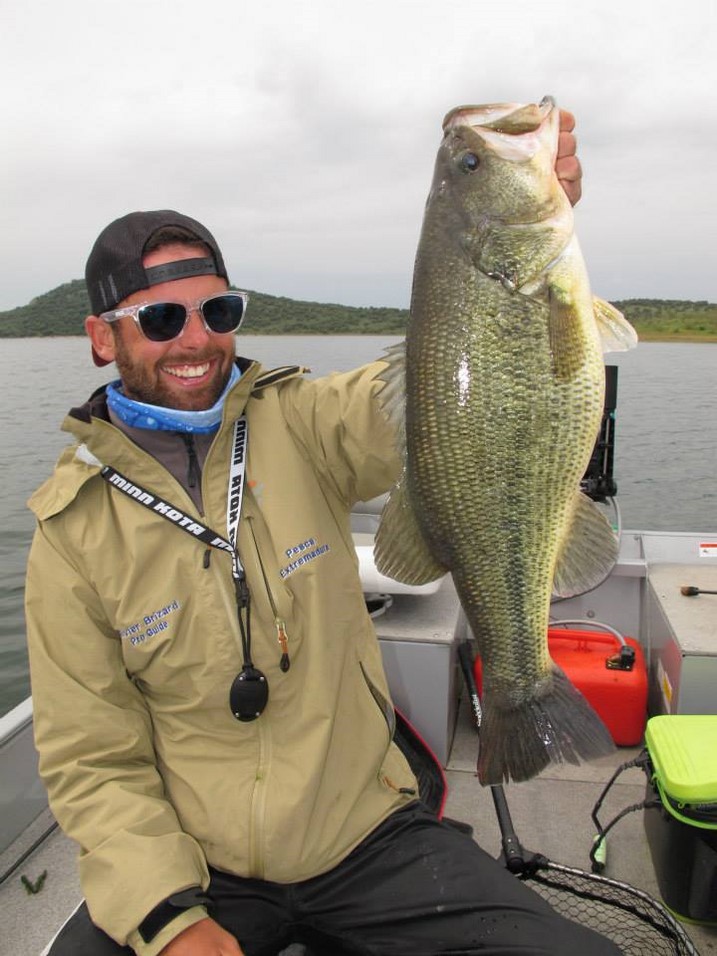 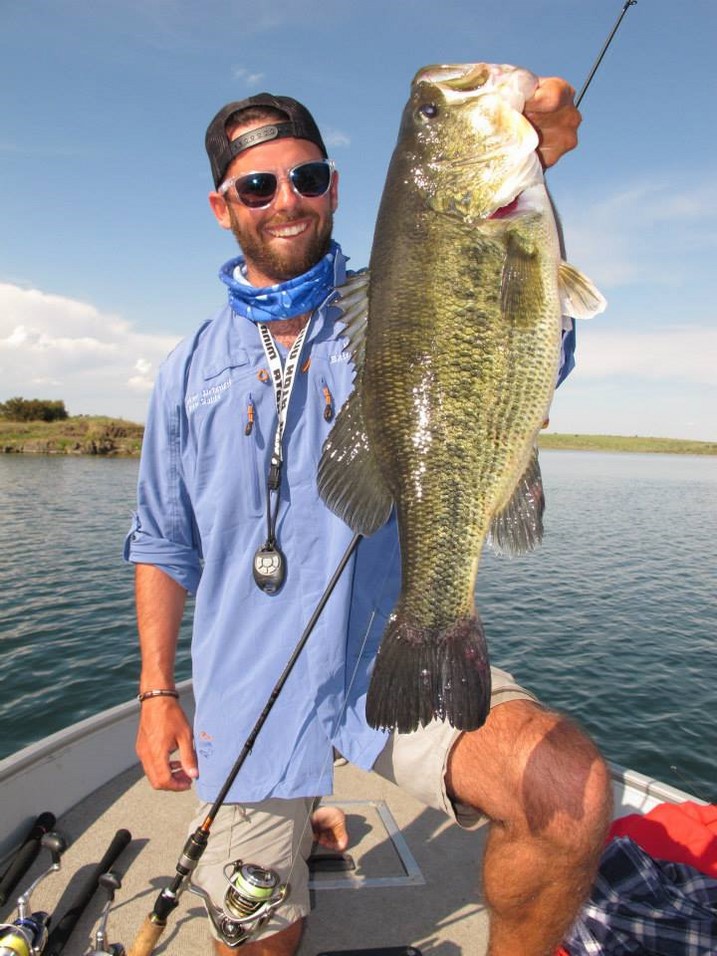 Months passed and once again I didn’t seem to be able to better my PB, I was stuck at 54cm… I still remember when I beat it as if it was yesterday; I was on the water with friend prospecting for my next client. We started the day using crank and spinner baits but the fishing was hard and we only caught a few small fish. After lunch, I swapped lure for the Dogora 65F and just 2 casts later something hit my lure so hard it almost ripped my Shigeki ML out of my hands. A few seconds later an enormous black bass bust though the surface and after a short fight, 56cm of green muscle slid into the landing net! 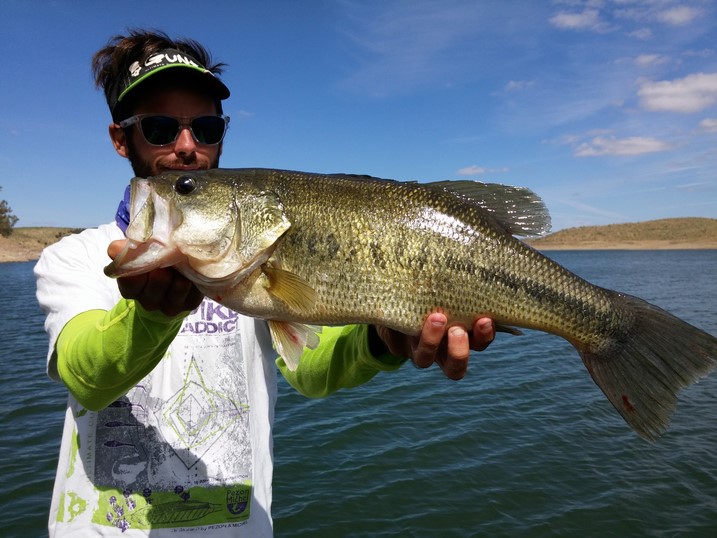 This fish was magnificent and each time that I look at its’ photo I can’t help but think “wowwww”, big fish often do that to me! The ones before aren’t forgotten but all add up to my new record. Once again 56cm seemed to be a figure I just couldn’t beat, not really because I couldn’t catch a bigger one but due more to the fact that the clients I had preferred to fish for pike, but who says you can chose the fish that will take your lure!

It was a slow morning and the fish where deep, over 10 meters, and not really active, they would only bite on hyper slow speed animations. Still we managed to catch a few on a 14cm Gunki G’Bump rigged on a 15g Pike Addict G’Fish, 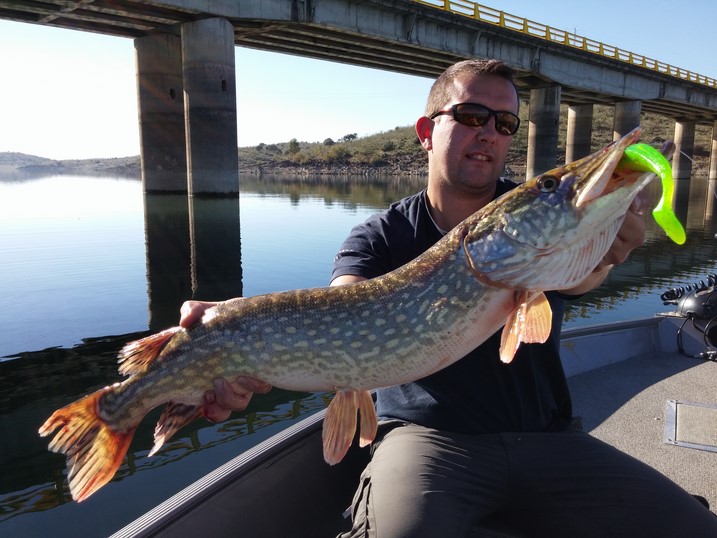 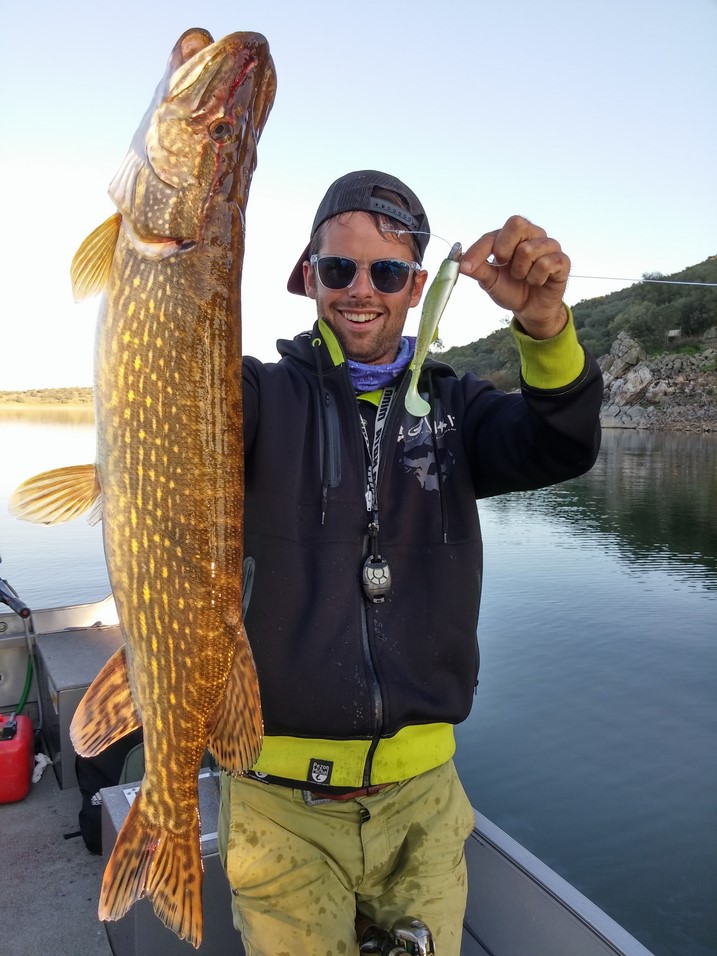 After a break for lunch, we decided to fish a bridge where tons of bleak where holding. Using my Shigeki 210 H, I cast my lure right next to one of the piles and let my G’Bump sink... it never got to the bottom! Judging by the way the fish took my lure, I was sure that it was a pike but, as soon as it went airborne, there was no mistake possible, it was a black bass, a MASSIVE black bass! After an epic fight, at last the fish was in the boat and, as I laid it on the ruler I realized that I had the fish of a lifetime... a green devil of 59cm!  Even now, each time I look at the photos I think « WOWWWWWWWWWWWWWWWWWWWWW» (the big fish effect!) but also « Now that’s going to be one really hard PB to beat!” 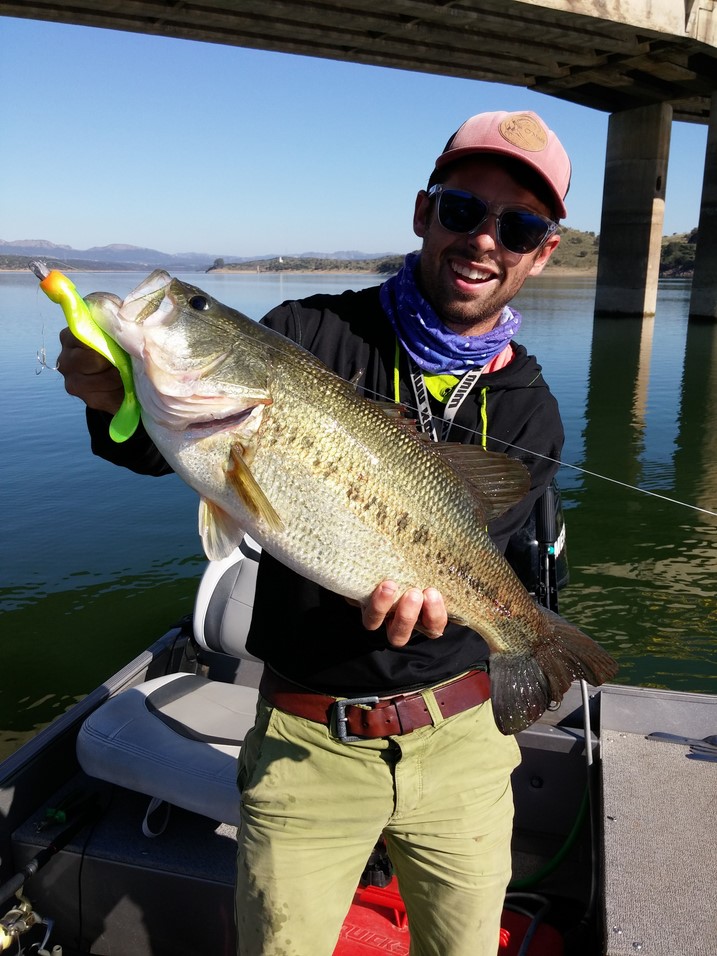 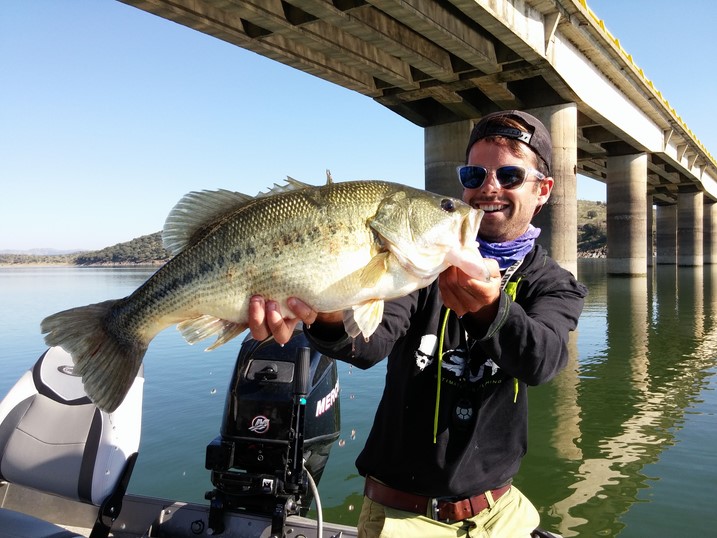 On the ride back to the ramp, I was buzzing, replaying in my mind over and over again what had just happened. I also began to think of how my PB had gradually got bigger and realized that I could remember each fish, where and when I had caught them. I also realized something else: each one had been caught on Pezon & Michel and Gunki gear!

At the moment, in most European venues, the bass are spawning, so please don’t fish them and let them finish. Like that, they will naturally stock the waters and provide us with fun for years of fishing to come!