By using and browsing our websites, you consent to cookies being used in accordance with our policy. If you do not consent, you must disable cookies or refrain from using the site. Ok
Home A 116CM PIKE ON THE SPINNAKER

A 116CM PIKE ON THE SPINNAKER

Who has never dreamt of starting the season with a really big fish, a fish like the ones that haunt our dreams? Not being available for the 1st of May (start of the pike season in France) I had to wait a whole long week until the afternoon of the 8th, but believe me, the wait was worth it! I had to make do with the small river that runs near my house, not the type that’s stocked with monster fish, but still, I knew that a few fair sized ones swam in it.

My choice lure at this time of the year is the spinnerbait as you can fish everywhere with it (lily pads, weed bed, brush piles…). If you click on the link, you can read a recent review I wrote on the subject: Gunki Spinnaker. 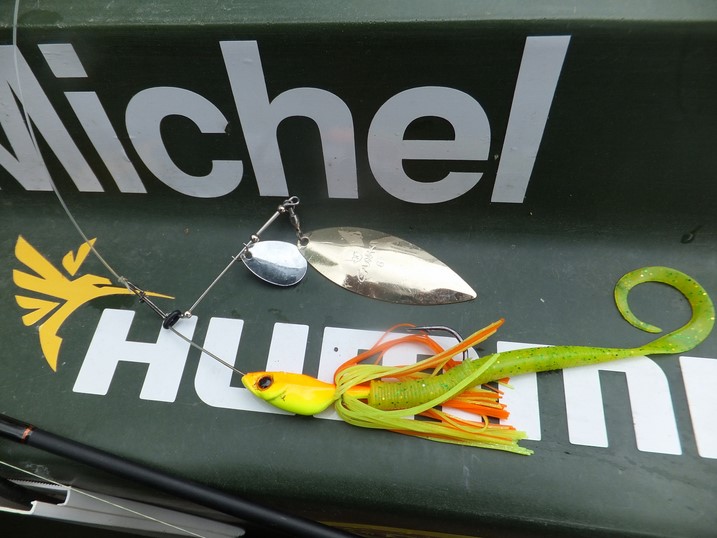 Sadly the fish seemed to be asleep and we didn’t manage to get a single one to bite. Even on the most promising spots nothing, not even a follower. As we neared a shallow zone full of lily pads, I knew that I must remain concentrated as I had already caught a couple of meter plus fish in it the season before. 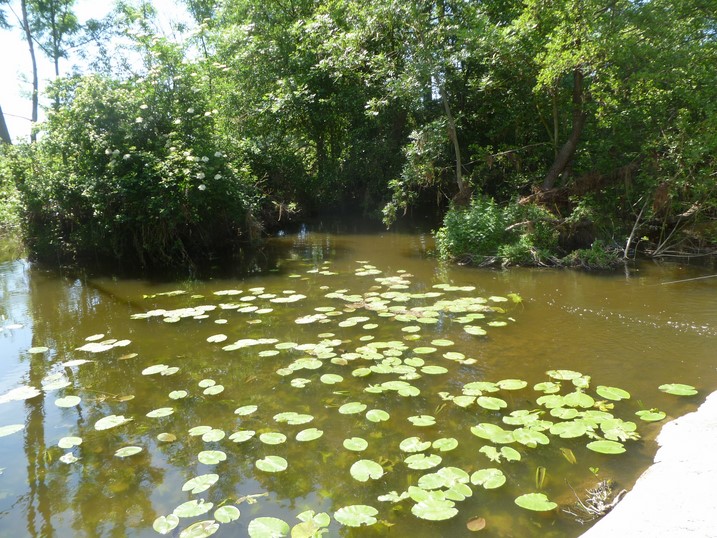 It’s always the same feeling when you are about to fish a “hot spot”, you just know that a lunker could be hiding there!  I sent my Spinnaker right into the middle of the young lily pads and started retrieving, making it slalom in between the plants. I watched the blades spinning and shining brightly in the sun and as it got near to the boat I prepared myself for the next cast. Suddenly a dark shadow intercepted my lure and almost ripped my rod out of my hands. I couldn’t believe what I had just seen, an enormous pike or rather a cavernous mouth that had just swallowed my lure less than a meter away from me and that was now speeding back into the lily pads. I put as much pressure as I could on it with my Shigeki C-210H and managed to turn it back towards the boat. I brought it in a first time, then a second time and on the third time, Aurélien, netted it with the P&M Specimen 2 TGM landing net. YES I had it, my first big fish of the season, a massive pike of 116cm! 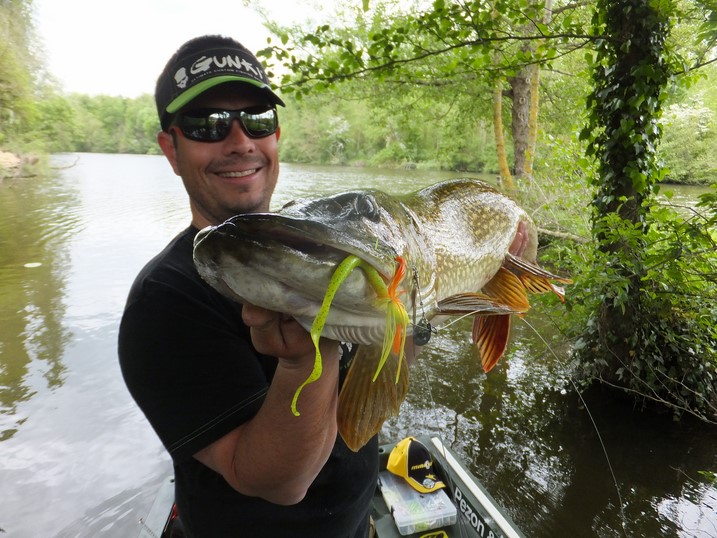 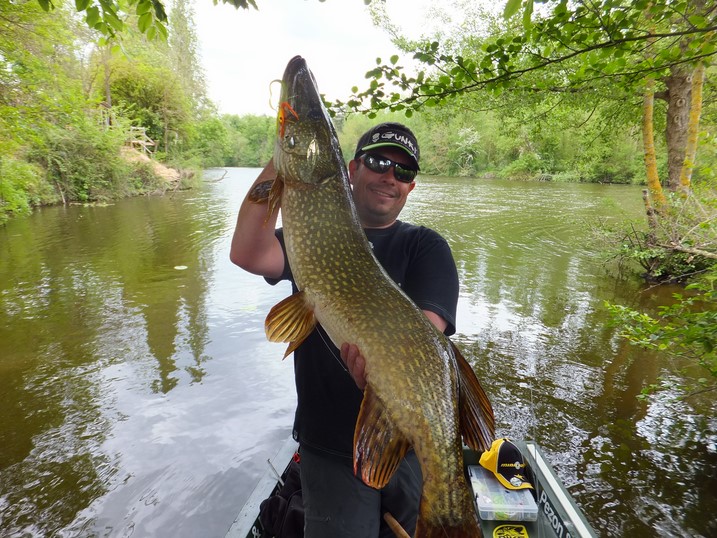 After a short photo session, we took a few moments to admire this king of the river, he was majestic, magnificent… one of those fish that I will never forget as long as I live. We released him quickly as it was the one and only way to honor such a fish. May he continue growing and make the day of another angler who I just hope will honor him in the same way as we did, for as we say in the Gunki team, No Release, No Glory!