By using and browsing our websites, you consent to cookies being used in accordance with our policy. If you do not consent, you must disable cookies or refrain from using the site. Ok
Home HARD LURES FOR A HARD START

HARD LURES FOR A HARD START

For as long as I have been fishing I cannot remember such a cold and rainy start to the season. Usually at this time of the year the pike are almost easy to catch, but so far it was as if they had completely changed their habits.

For example, where I’d usually catch loads on soft baits it had really become hard to even get them to bite properly. The pike would hit the lures, push them but nothing more, resulting in countless strikes but a terrible hook-up ratio. So, after quite a bit of thinking and casting, I managed to get them biting correctly thanks to some good old hard baits!

Using soft baits for pike is more and more common, but frequently, the “aggressiveness” of hard lures can really save the day when the fishing gets complicated. I like to use jerkbaits as they really stir things up under the surface and there’s one jerkbait that I love from the Gunki range: the Gamera 128SP. The trick was to jerk it as hard as possible then, just stop and wait, start jerking again, then stop. During the pauses the fish would attack, not really violently but sufficiently to better the hook-up ratio. When the light conditions where bright, the new Peacock colour actually managed to beat my all time favourite, the Mettalic Perch! When it rained or if the water was tainted, then the Mat Fire Tiger and Ghost Yellow Back where a really good option. 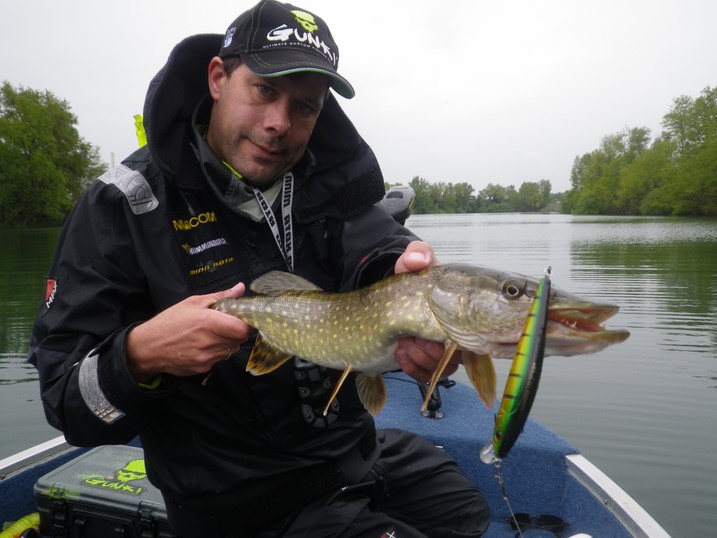 When I had to fish deeper and also create a bit less commotion, the Kaiju 70S was the lure to get those pike to react. The key was to fish it as slowly as possible and just above the bottom. Once again there would be no crashing hits on the lure, just a sudden “stop”. I tried a lot of old and new colours but only one caught fish: the Stripe Bleek! 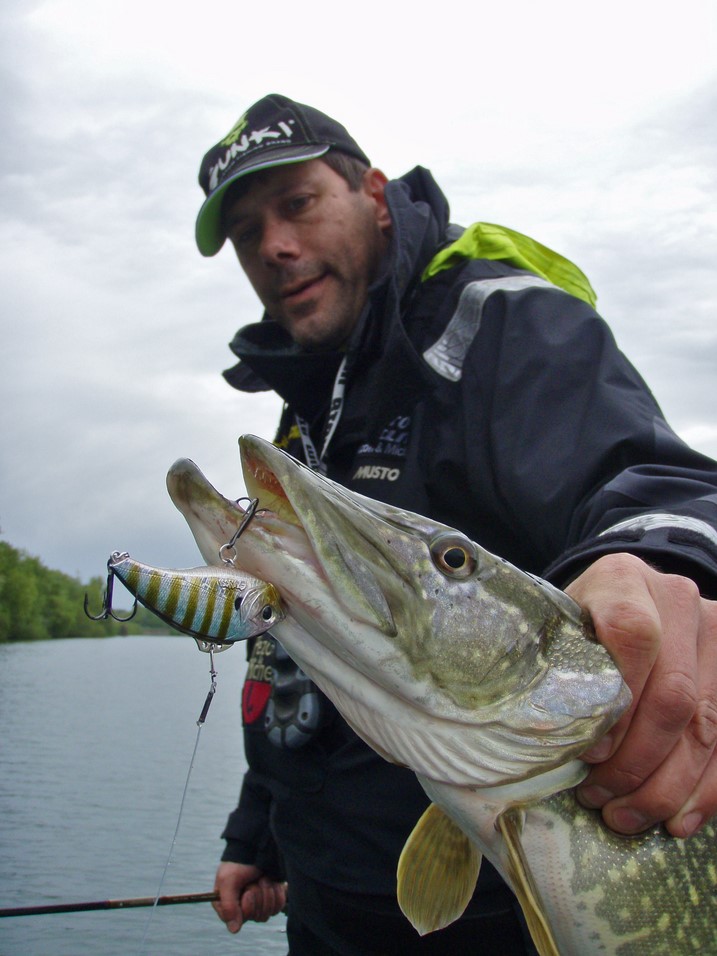 I also had some success using the Kaiju Spin 70S when fishing slopes and drop-offs. Thanks to its’ 35gr and tail blade you can really fish it deep. Its’ blade enables you to fish it even slower than the classic version. I usually use it for power fishing, but in these hard conditions, I fished it like I would with a classic lipless, slowly, just above the bottom. The Contrast Gold Yellow really seemed to make a difference. It was fishing like that that I managed to get the best bites so far. When pike fishing, a blade, even on a hard bait, can be a real advantage especially when the sky is trying to drown you! 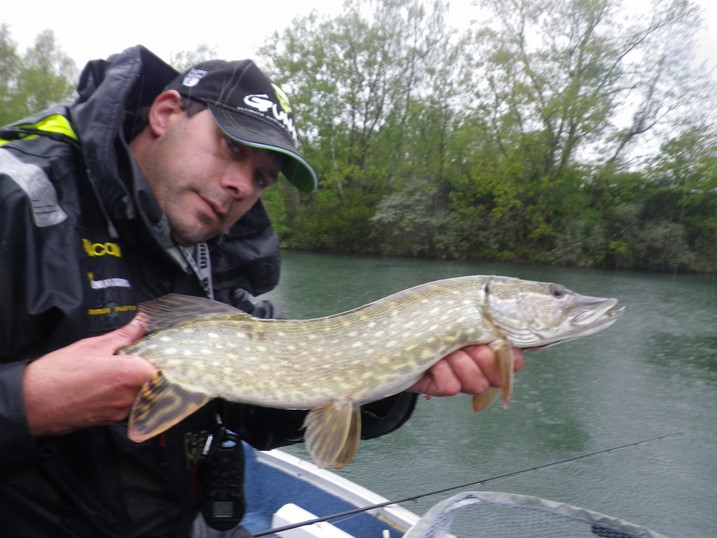 But, as always with fishing, what worked one day might not work the next! Just bear in mind a little saying that I have invented “when the fishing is hard, try a hard bait”! At least as the temperatures rise our usual patterns should work again.

David Pierron, professional fishing guide in the east of France.