By using and browsing our websites, you consent to cookies being used in accordance with our policy. If you do not consent, you must disable cookies or refrain from using the site. Ok
Home CATFISH: VERTICAL STYLE WITH WORMS, PART 1

The water temperature has started rising and with it so has the Wels catfish's activity. For enthusiast boat anglers who target this species, one of the most used techniques is fishing for them with worms and a "clonk". This technique was developed & democratized by Jean Claude Tanzilli years ago. Over time, the technique has lost a bit of its efficiency on the bigger and more experienced fish especially on heavily fished venues. But, at the start of the season, even the biggest monsters can respond to this technique.

For the neophyte, this method can seem a bit strange as we will not technically be fishing with a rod but by hand!

These are a few essentials that are highly recommended to fish these giants.

- An 'in-line" rod as it will be in a rod-rest and the braid must not get tangled in the guides or round the tip when the fight begins. For 2016, Pezon & Michel have released a rod dedicated to this style of fishing: the TITAN BOXING RING IN LINE.

- A hefty enough reel to cope with cats and spooled with at least 0.50 braid. It may seem an over kill but it's essential for 2 reasons. As you will be holding the line in your hand there will be no "give" and there's a fair chance that the braid will break on the 1st bite. With thinner diameters, even if you wear a pair of gloves, there's also a risk that the braid will cut straight trough and into your hand. 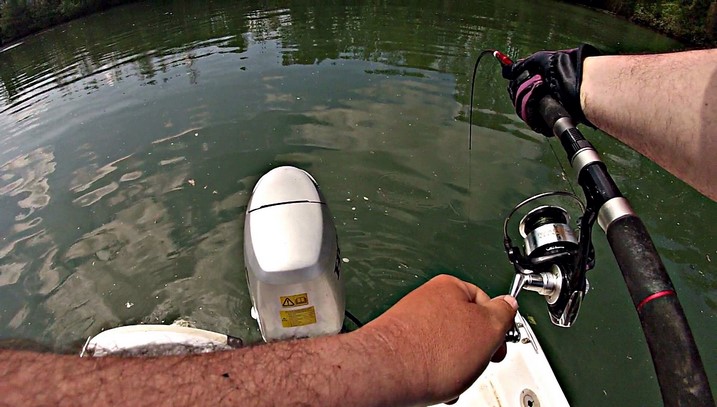 - A pear shaped weight (other shapes work too) of at least 200g in order to be able to "feel" it and equally so that it will be easily detected by the sonar, depending on the conditions (current, wind...) you may need to go up to 300g! Below the weight you need a 1.00 braid leader and an extra strong 4/0 treble hook. There are many different shaped weights, some have octopuses or skirts for added vibrations, you can also add rattles or beads to them! 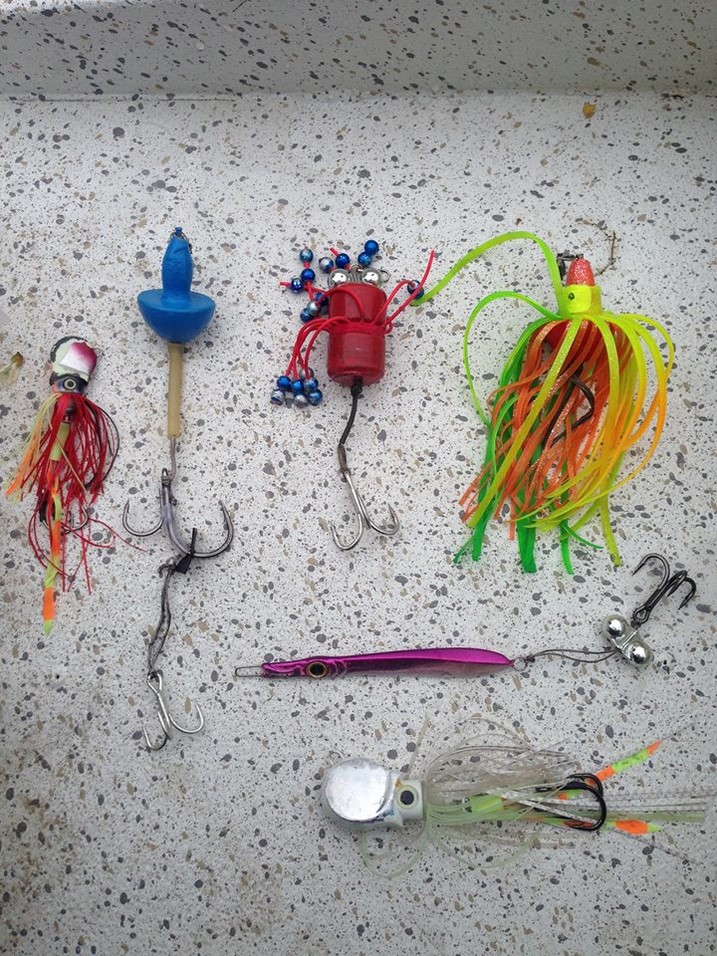 - A clonk, this ancestral piece of fishing gear originates from Eastern Europe and appeared on the French fishing scene in the 90's thanks to Fabien Monvoisin. It's designed to create a "pop" when used and this noise, for some unknown reason, attracts the cats to it. They can be made out of different materials (wood, carbon, aluminum...), have different shapes (concave, convex...)  and come in different sizes (long, short...). The most important thing to take into consideration when choosing one is the height of your boat's freeboard. 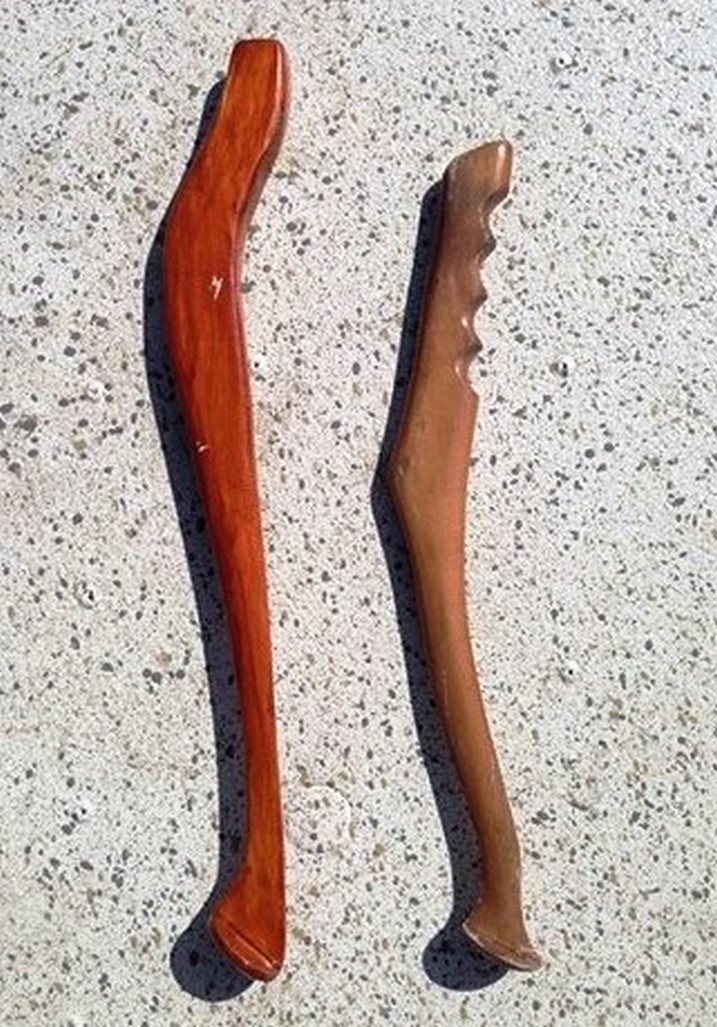 - Big earthworms (the bigger the better), you can find these in your garden or buy them in a shop.

- Last but not least, a good pair of gloves, well that's if you value your fingers! Joking apart, when they take the rig, the bite can be really violent. 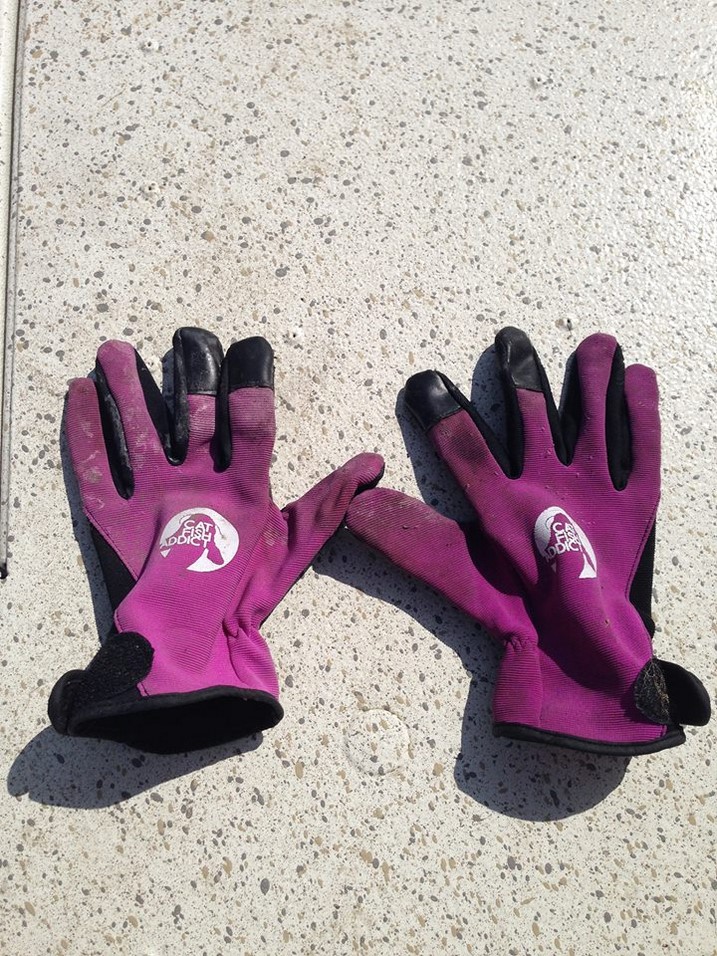 How to fish for them:

To be able to fish for catfish in the best conditions you need,

- To be sat as near as possible to the edge of boat to be able to "clonk".

- To be sat close to the transducer so that the rig stays inside the beam.

-To be able to easily change the settings on the sonar and fish at the same time.

- To have the rod (in the rod-rest) next to you so that you can reel in any excess line and instantly grab it when a fish bites. 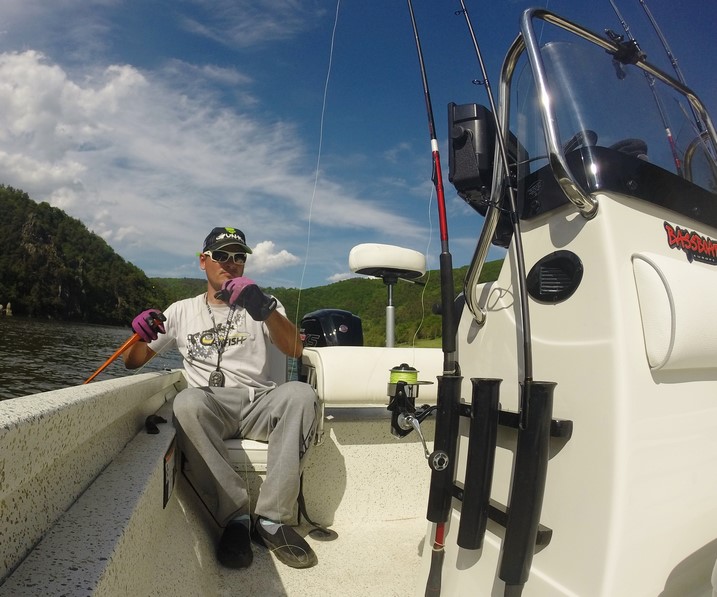 This style of fishing is mainly done drifting, if there's no wind or current, then you need to create the drift with an electric motor. Depending on the time of year, the fish will found in totally different areas.

Winter: Dozens of cats shoal up and are usually lethargic and it's really hard to get them to bite. 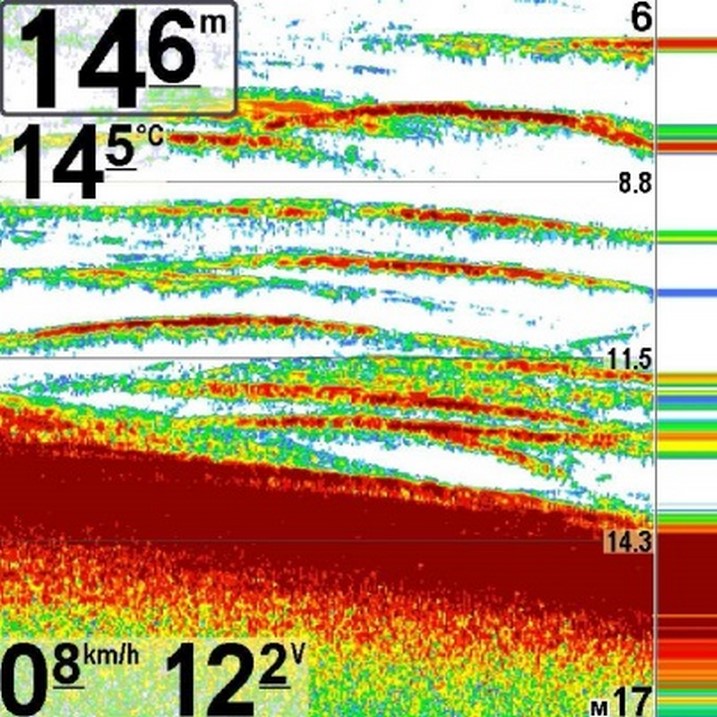 - From the middle of March, the groups start to break up and the fish that can be found near those still in the shoal are quite easy to get to bite.

- In April, the fish tend to be harder to find and you need to do really long drifts to find active ones.

- End of April-beginning of May: The cats have moved out of the deeper spots to hunt in the margins where many other species are spawning. It's one of the best moments of the season to fish them on lures.

- Middle of June onwards: they start to shoal up again in deep woody/rocky zones as they get ready to spawn. They tend to be quite hard to catch during this period which usually begins once the water temperature stays above 20°C day and night.

- The catfish can be anywhere depending on the time of the day or their activity. Once again you need to do really long drifts to find active ones. 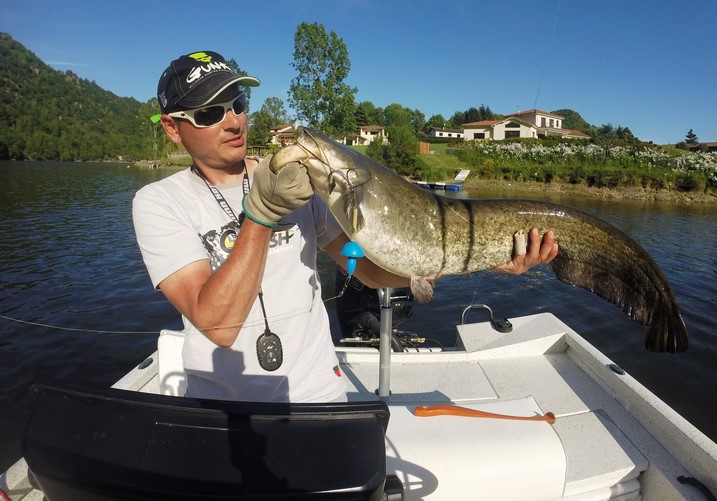 These are the basis of this technique, but depending on where you fish, the venues, the seasons and years, it can vary. As every angler, I started with what people told me and, with experience and time, adapted it to where I fish.

Fishing like this you'll will see hundreds of fish on the sonar come a take a sniff at your rig before diving back down but the percentage that will actually bite is quite small, making this technique madly frustrating but highly addictive! In the next article I will go over the different animations that can make that "small percentage" become a lot bigger!