By using and browsing our websites, you consent to cookies being used in accordance with our policy. If you do not consent, you must disable cookies or refrain from using the site. Ok
Home START OF THE PIKE SEASON IN POLAND

START OF THE PIKE SEASON IN POLAND

Fishing in Poland is a really big thing and the start of the season is just one of those moments no angler can miss! The 1st of May is a bank holiday and so is the 3rd which means you just can’t work on the 2nd, you have to go fishing. In my family it is a long term tradition (one that started over 25 years ago) that the first days of the season are spent pike fishing with my father. The lake which we fish together on these special moments is a magnificent venue of 1800ha, packed with secret creeks, lost islands and magical shallow zones. Most of the fishermen tend to concentrate on the margins, bays, reeds and water lilies where many middle size pike can be caught. But, with such commotion, almost everyone in Poland seems to be fishing on the first days of the season, if you want to catch a big pike, you have to go against the grain.

This lake is like a second home to me and I know some special shallow zones where the biggest pike choose to spawn. Even though they have finished spawning a while ago, they stay in the area to eat their full and tank up on proteins! The top of the shoals are only 3 metres under the surface, covered in weeds and stocked with perch and other tasty fish. All around them, the bottom drops to 15 metres and is home to tons of bream, roach... The big pike know this and can be found on and near theses spots all year round. 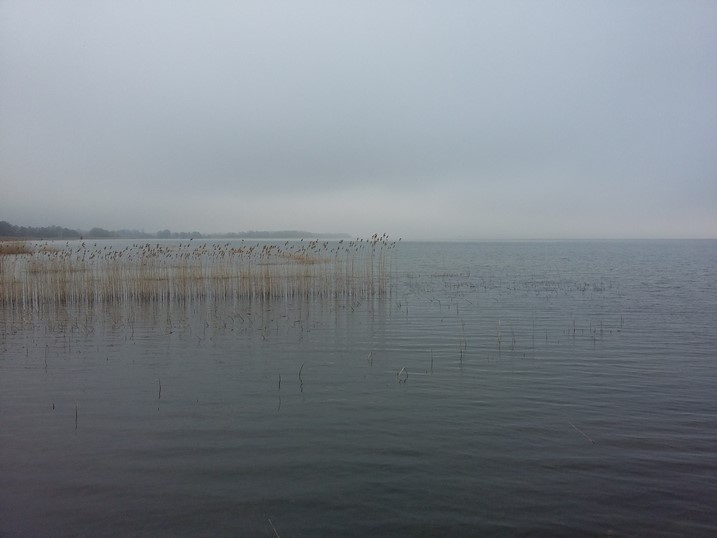 The water is crystal clear and when the sun shines and there’s no wind, you have to be there before the sun rises, as the saying goes: “the early bird gets the worm” or in our case “the early angler gets the pike”!

This season I chose to fish with the new YURAI C 190-MH rod and the BC 2000HG reel spooled with 0.14 braid. As the spot I fished had a lot of weeds I used a light jig head (5gr) with a 10.5 cm G’Bump and no extra treble hook. The trick was to cast towards the shallowest spot, instantly start retrieving for 3-4 metres, stop for 3-4 seconds, start retrieving again and so on. Like that I made my lure swim with a “saw” style action that followed the bottom as it got deeper. I was halfway to the boat when the pike took my lure and as I set the hook I immediately knew that it was a nice fish. It headed straight for the thickest of the weeds but, it was no match for the curve of the Yurai’s blank and the BC 2000’s progressive brake. That, added to my dad’s perfect timing with the landing net, the pike didn’t stand a chance!  A few photos later the 102cm beauty swam back to terrorize its underwater realm. 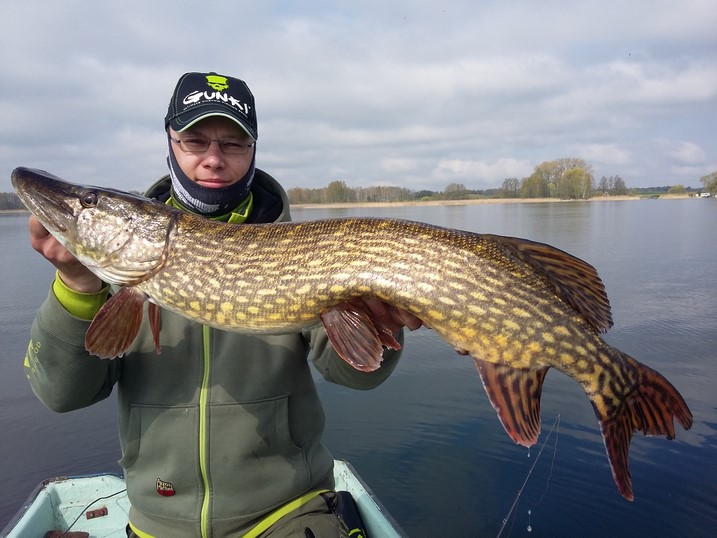 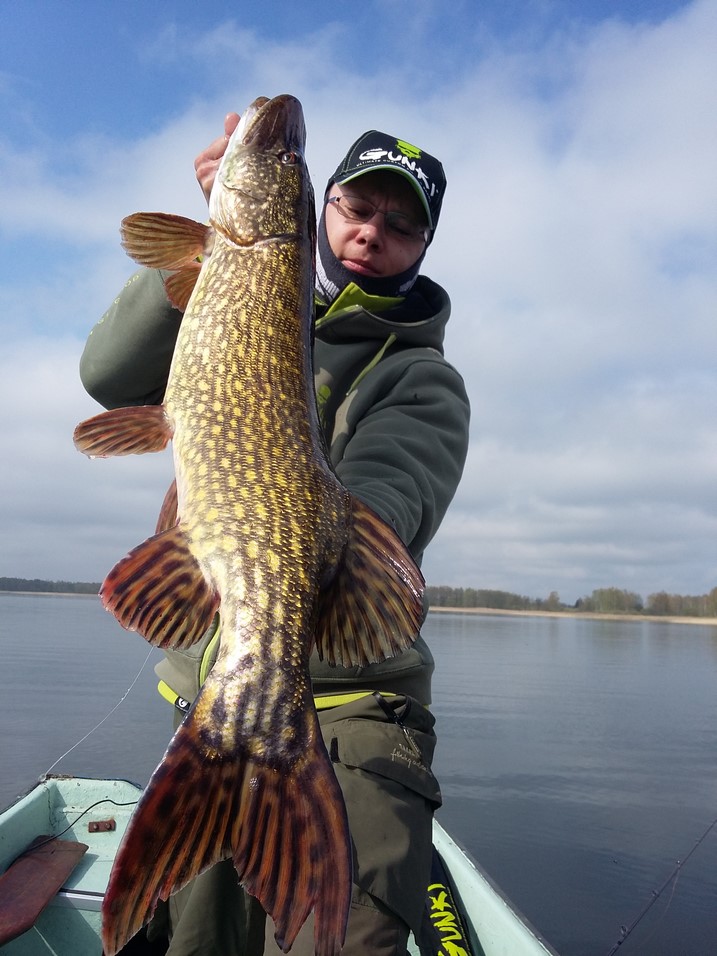 As the sun got higher in the sky the fishing got harder and the pike went deeper. I switched to a 12g jig head to follow them and managed to outsmart a fat 76cm one on the Gunki G’Bump again. It would be the last fish of the day but judging by the grumpy faces we crossed on the way back to the ramp, no one else had had any success! 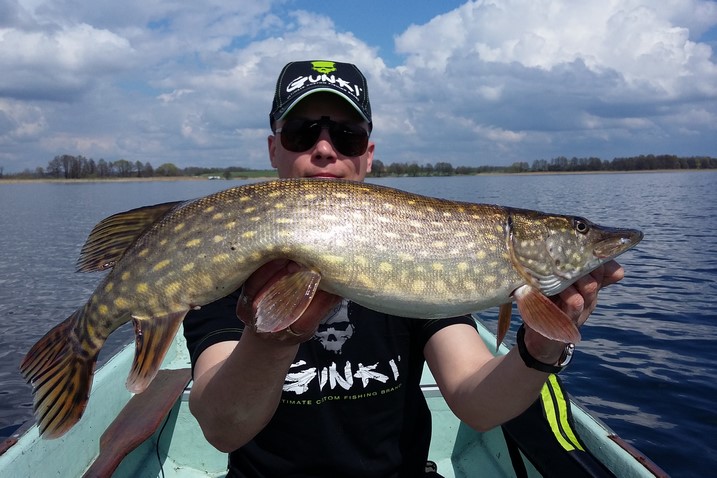 More than the fish we caught, once again I had spent precious quality time on the water with my father and that is priceless!