By using and browsing our websites, you consent to cookies being used in accordance with our policy. If you do not consent, you must disable cookies or refrain from using the site. Ok
Home GUNKI V2IB, ZANDER LOVE IT

I discovered the GUNKI V2IB at beginning of 2016 thanks to Johan Miroux, Gunki Pro Staff member, who advised me to use it when fishing got hard and nothing else seemed to work. To say that it was good advice would be an understatement, as since then, be it in salt or freshwater, the V2IB has saved the day countless times. It was just on one of those sessions when the fish didn't want to bite that it enabled me to catch the biggest zander of my season!

The GUNKI V2IB, a zander magnet.

As the temperatures dropped more and more, the urge to go for a freshwater session for zander and perch got the better of me. So, with my friend and fishing partner, Antoine, we set off for some lure fishing. We quickly located dense shoals of bait fish that where packed in the same spot due to the cold and that were hiding from the current. Needless to say that the whole zone had "predator feeding ground" stamped all over it: loads of food, branches to hide, eddies to rest in... textbook perfect! 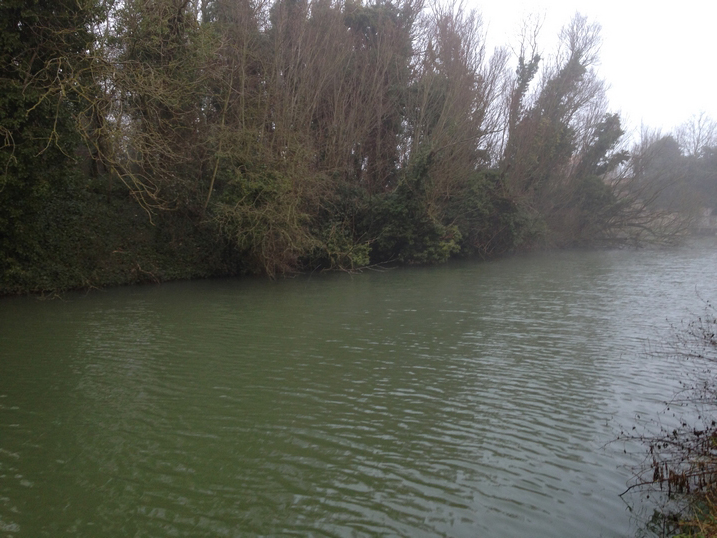 Well even if the spot looked perfect, judging by the very low water temperatures, everyone under the surface was going to be on slow mode. Bearing this in mind, I opted for a light jig head so that my rig would have a fluttering action and lure wise I chose the famous GRUBBY SHAD which has a powerful kicking action even on the slowest retrievals. I really like the Brown Sugar colour as each time I have used it I have always had at least a bite. Bur, after more than an hour without the slightest nibble, nothing, not even the flick of a fin had vibrated down the tip of my IRON-T 190-ML. It was time to rethink our options and it was precisely then that I remembered what Johan had said: "The V2IB often makes the cut where there's heavy fishing pressure or when the fish don't seem to react, it just has that extra something." 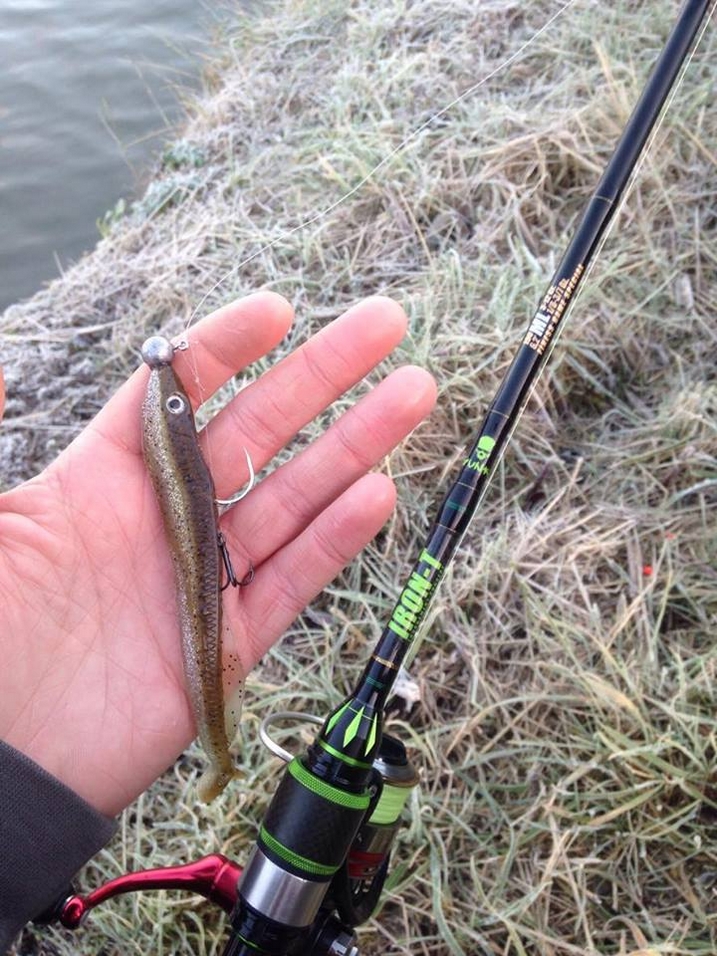 Things couldn't be worse so why not! I swapped my rig for a 14.5cm V2IB that I rigged on a 4g jig head and a stinger hook and skipped it under the opposite overhanging trees. After a couple of casts, I felt a light "tic", subtle and discreet, but enough to send a buzz down my IRON-T. I instantly set the hook into what felt like a branch, branch that suddenly started swimming upstream! 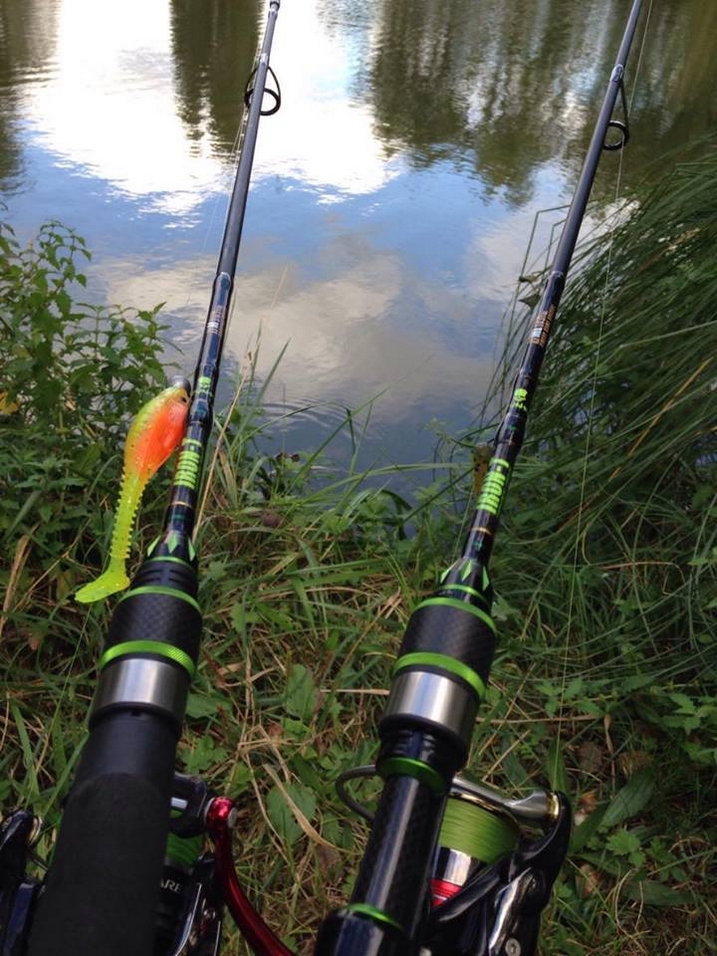 The IRON-T ML, a mighty backbone packed in a ML rod.

The fish powered off, unstoppable. Crazy head butts shook my arms and teeth gritting rushes towards the overhanging trees called for radical action. My IRON-T was already bent in two, but if I wanted to land this monster I didn't have a choice, as I applied even more pressure to the ML rod, I was amazed at how much power it packed. At the last second it turned and powered off in the opposite direction, it was then that I began to wonder if I hadn't foul hooked a carp! But, as a massive white caudal fin trashed the surface and I instantly knew who had taken my V2IB: a zander, a very big zander! I also realized that I had to shorten the fight as much as possible in order to give a veteran fish like that a chance to survive. 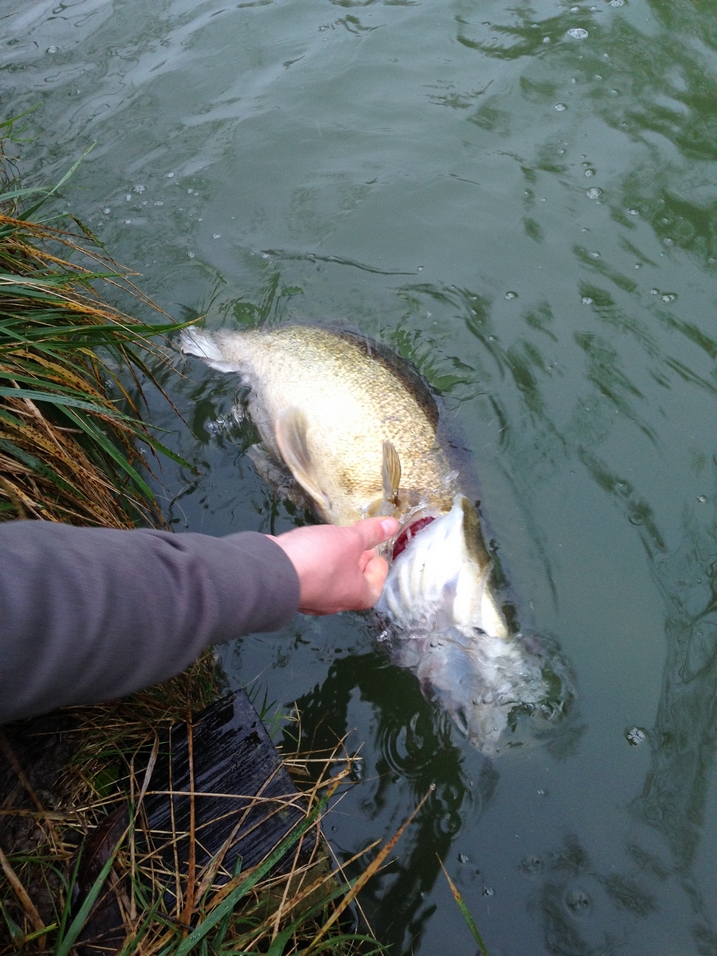 As Antoine slid it into the net, the hook came free! "PHHHEEEWWWW!!!!!", at last I had landed it, and one thing was for sure, it was one of the biggest, if not the biggest I had caught in 2016. Despite the negative temperatures I was sweating like mad, my legs started to tremble...and when Antoine announced its size, I just had to sit...96cm of muscles, my biggest zander for 2016. 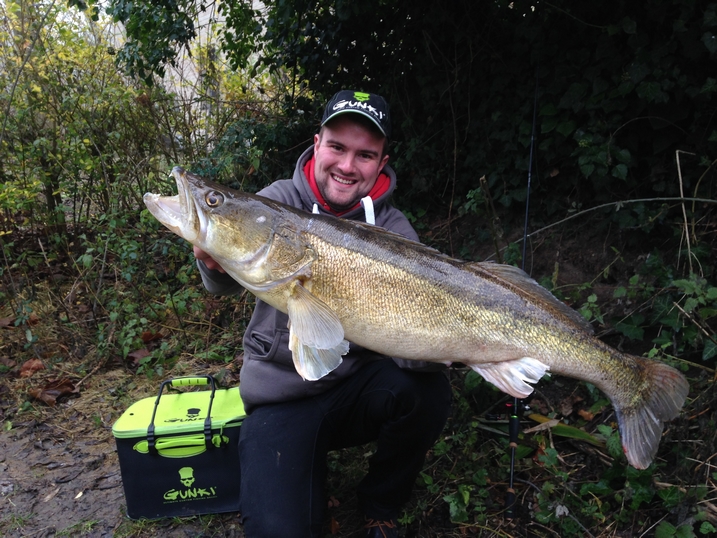 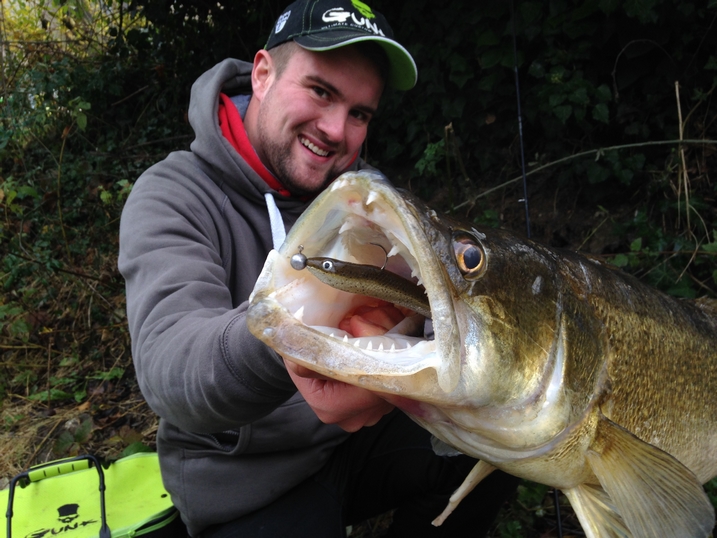 The fish of a season, thanks GUNKI!

The combo V2IB and IRON-T 190-ML THINK FINESS GAME made a big difference. The V2IB and its "petit je ne sais quoi" unique vibration signature that fools even the most educated specimen! The IRON-T and its sonar like detection capacities and its astounding backbone that enabled me to set the hook and counter such a powerful fish. As you've guessed, I will be using this combo quite a lot in 2017!

Thanks for your advice Jo!