By using and browsing our websites, you consent to cookies being used in accordance with our policy. If you do not consent, you must disable cookies or refrain from using the site. Ok
Home 8TH ALBINO CATFISH

When you go fishing, each time is a real adventure as you never really know what will happen. On one particular session I was fishing with Samy, on holiday in the area and I offered to show him what I liked so much about the TITAN BOXING DIRECT rod that I use for cat fishing with worms or with a fire ball.

Once the boat on the water and after a few kilometres of navigation we arrived at the first spot. I anchored the boat with the electronic trolling motor while we geared up, and a few minutes later we were ready to start. Samy chose to fish with worms as that was how he had caught his biggest fish so far, whereas I chose to use a small live bait rigged on a fire ball. Big baits had not really been producing that much recently. There was little to no activity on the sonar apart from one or two echoes that came to sniff at our baits, maddening! After about half an hour I started clonking with the  TITAN MONTER CAT CLONK and at last we saw the first real reactions. Ten strokes later, two echoes lifted off the bottom and rose towards our rigs on the sonar's screen. I targeted the bottom one while Samy went for the top one. I got a tiny nibble and let my line go slightly slack before striking. I passed the rod over to my mate and said "Here, it is not a big one, but at least it will wake you up a bit". He took my rod and a few minutes later the cat broke the surface. As we saw it, we both shouted out "Awesome, an albino!!!". I grabbed it as quickly as possible and lifted it into the boat. With the greatest care, my heart was beating like fury, I unhooked it, these fish and so rare. We quickly measured it, took a couple of photos and then put it but in the water so that it could swim back and get even bigger. 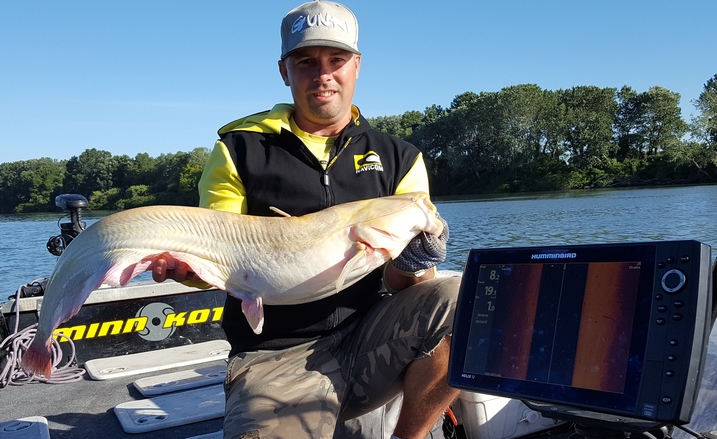 A dream fish no matter the size.

After such a brilliant start to the day, needless to say that we were over the moon. We started fishing again and after one and a half hours without a single bite, we decided to go back to where we had stated the session. We immediately saw fish on the sonar and Samy hook up with a quite nice fish. Just perfect for him to be able to the TITAN BOXING DIRECT rod's backbone. 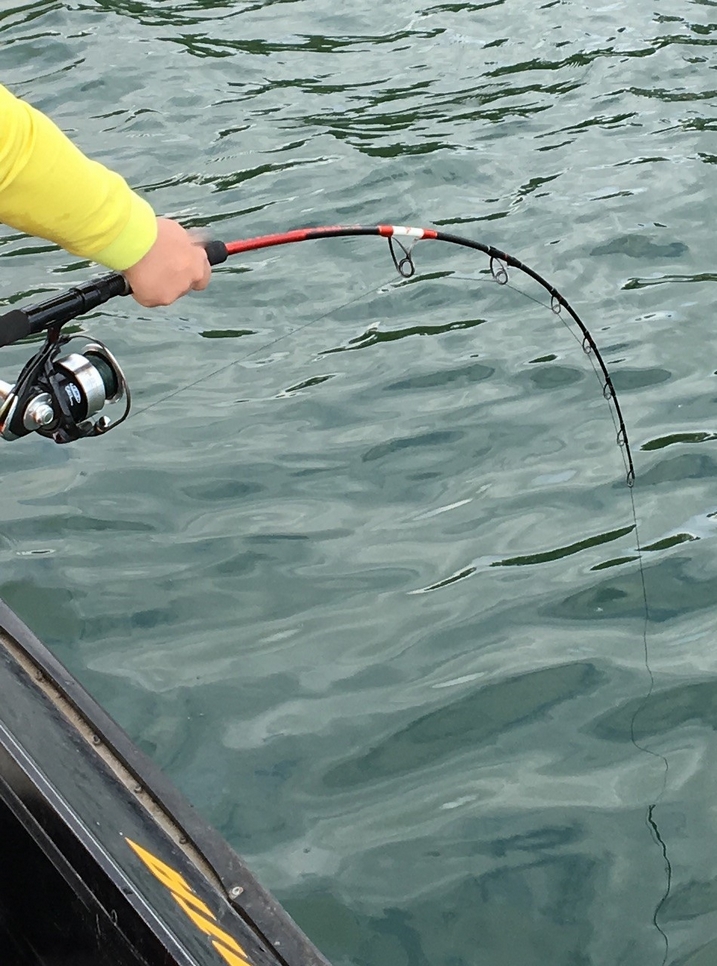 The TITAN BOXING DIRECT in action.

Five minutes later a nice cat of about 1m60 appeared next to the boat. After a quick photo for Samy we released it and started the drift again. We ended the morning with a total of 4 cats in the boat and 3 lost fish. The biggest was 1m63 and the most beautiful an albino of 99cm! 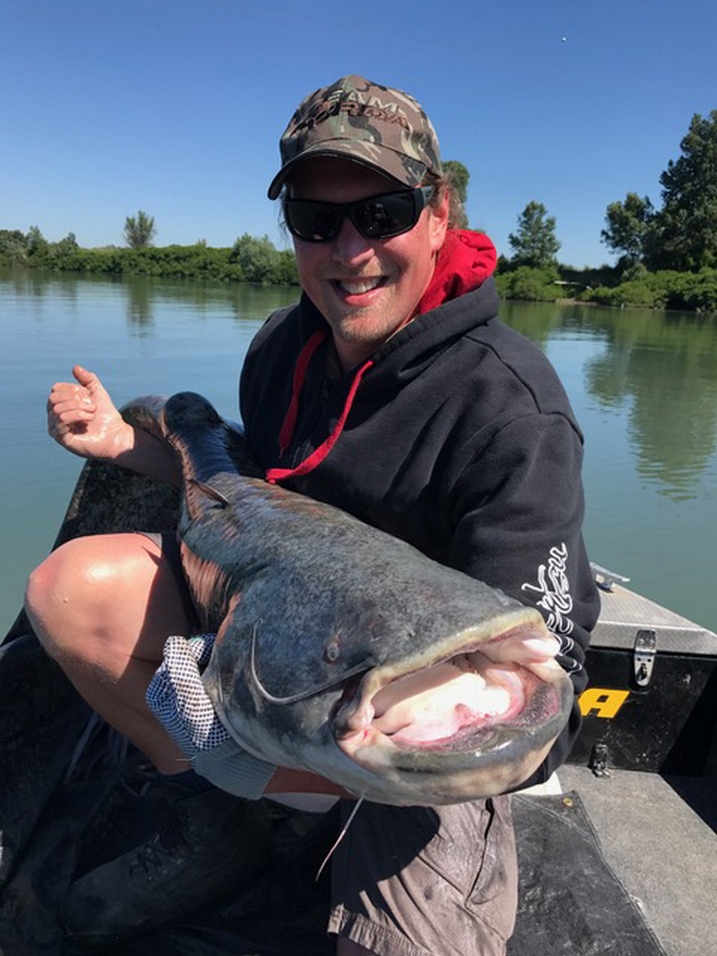 As we were at the end of the spawning period, the catfish were not that active, but we still managed to catch a few nice ones. Samy was able to see how practical and fun to use the TITAN BOXING DIRECT was with its short handle and an overall length of only 1m70. He was also able to witness its insane power! Be it for fishing from a boat, a kayak or a belly boat, it is the ideal vertical rod. One thing is for sure, it will be in my boat all season! 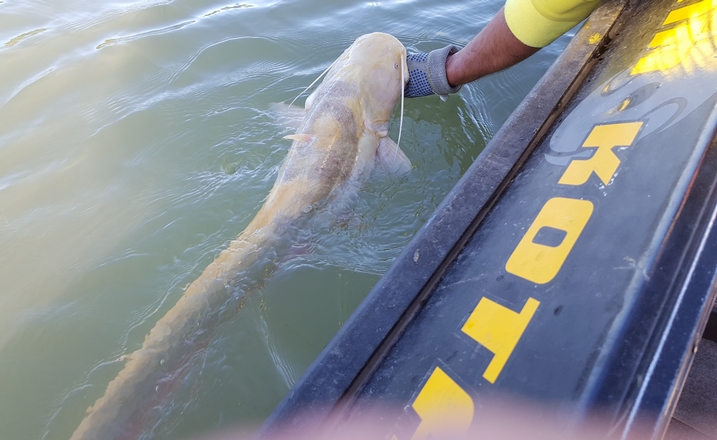 The release of an exceptional fish on which you can see a "love bite" from recent spawning.