By using and browsing our websites, you consent to cookies being used in accordance with our policy. If you do not consent, you must disable cookies or refrain from using the site. Ok
Home G'BUMP 3.1: STREETFISHING

A while ago I received a number of G'Bump shads in various sizes and colors and of course I immediately started fishing with them! Without doubt the G'Bump shad seemed like the perfect shad for zander, but a few casts later I changed my mind!

I started with the 3.1 (8 cm) version that I rigged on two different types of jig heads: the G’Fish 7gr - 3/0 for linear fishing and the G'Round 8gr -3/0 more classic round style jig head for vertical fishing. Rigging these shads is very easy since the G'Bump is made of a firm yet supple material. 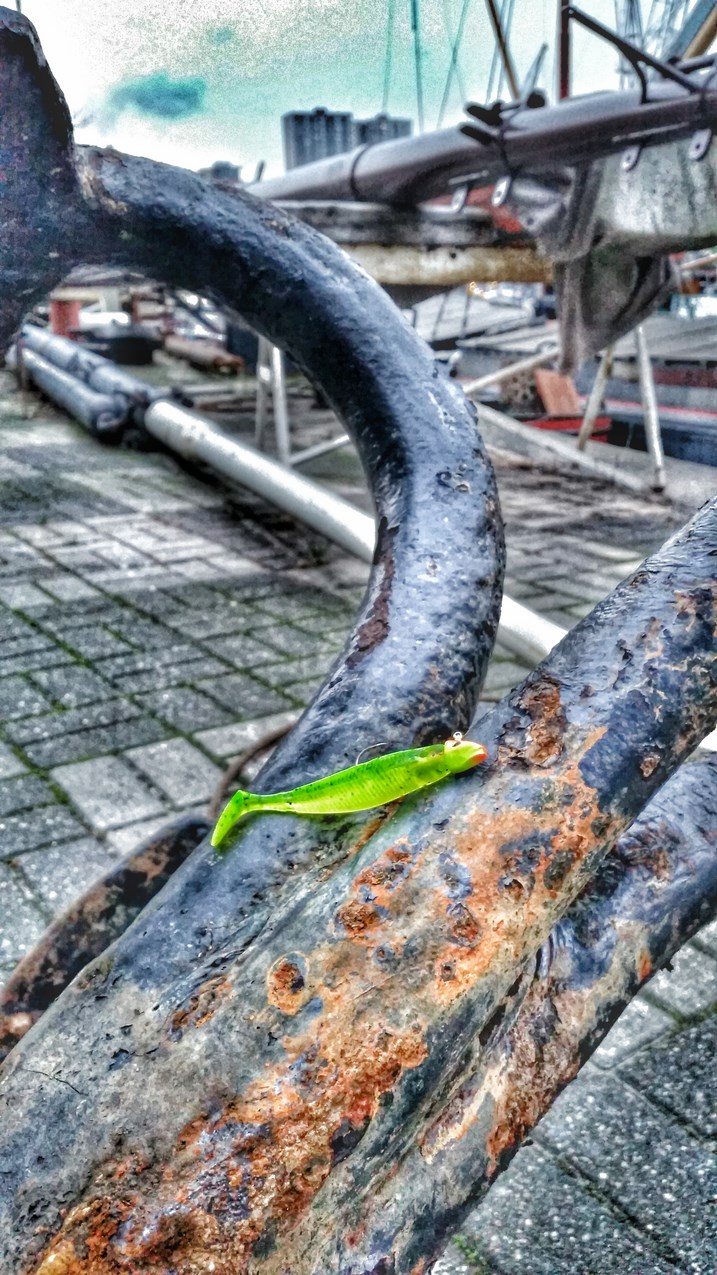 First cast, first impressions: the shad has a nice paddle tail that moves a lot of water and yet remains very stable even on a fast retrieve.

My first fish was a nice big fat perch. The perch had followed my lure right to the surface, as soon as I saw the big head and the hump of its back, as I stopped my lure and let it drop a little, the fish instantly smashed it. What a beautiful sight to see such aggression at the tip of your rod! 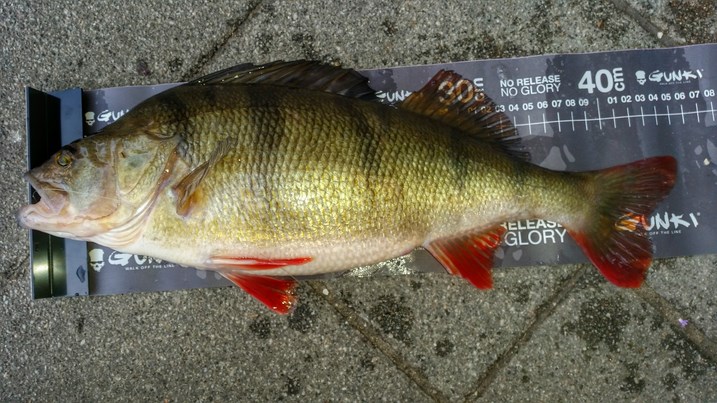 The second fish was another perch and it reacted in exactly the same way. So as you’ve guessed, after 2 casts I was immediately convinced that this shad would also be a big perch magnet! 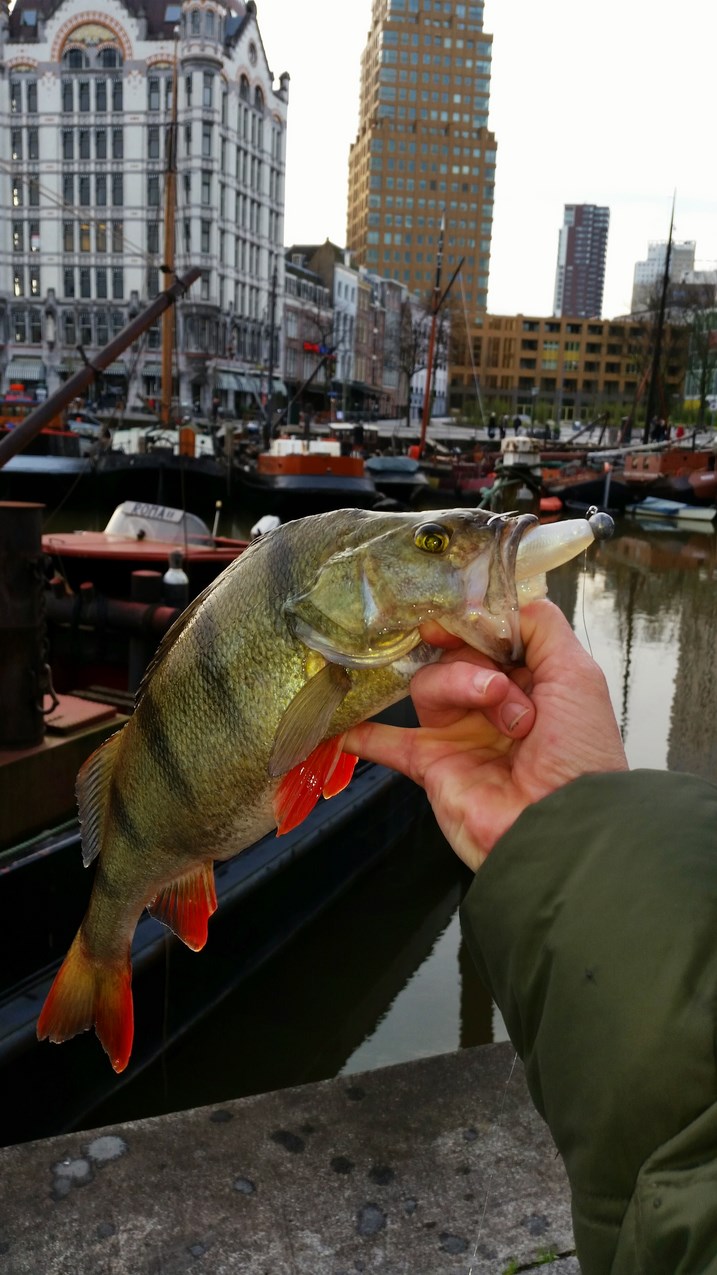 These 2 fish have been the first of a very long series and many other nice perch have fallen for the G'Bump. If the perch just follow the shad when you reach the surface let it fall, block it and they attack immediately. I tested the shad on inland waters and in particular when the tidal water was at its lowest, which enabled me to see them react this way many times. 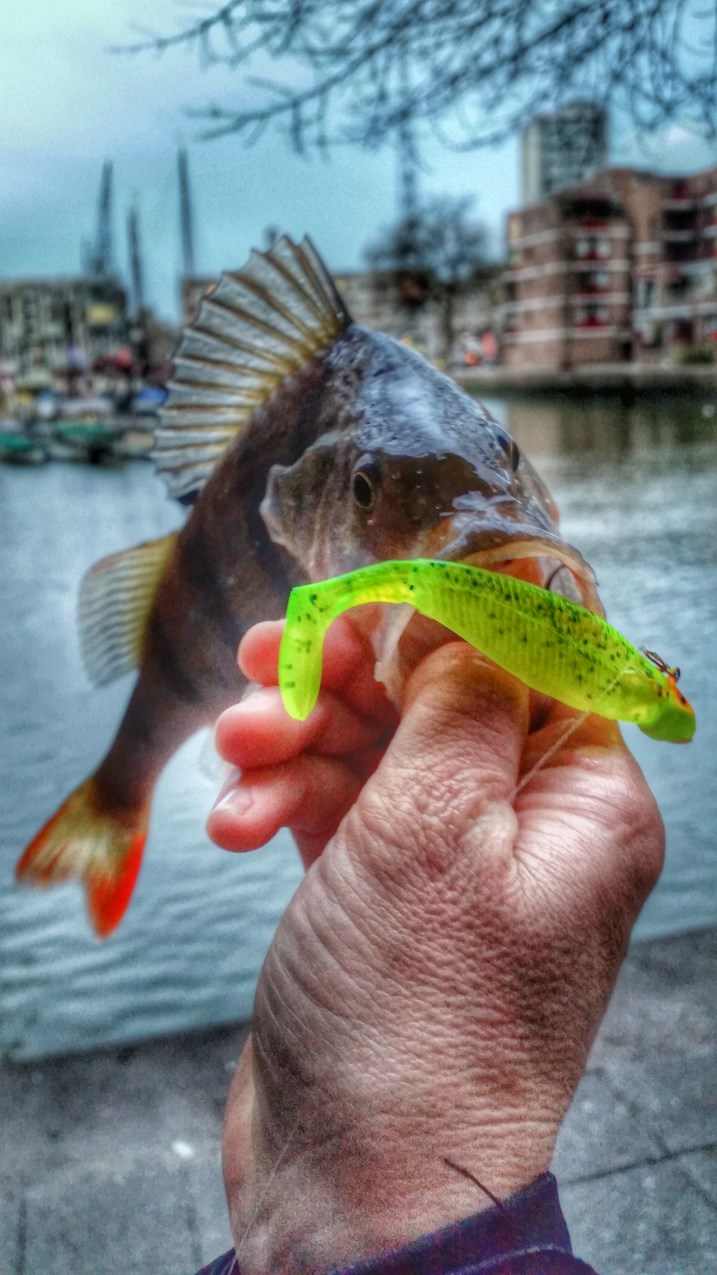 I also wanted to try the G'Bump in the dark, to do so I a chose a night when the weather was rough with high winds and quite rainy. The current was strong and the baitfish were hiding between the boats. Having noticed this I chose the 3.1 size again but this time in my favorite color for night time fishing: the Green Shiner. First cast and a zander intercepted my lure as it passed a boat with insane violence.  The hull of a boat creates a protected zone from the current and therefore a strategic point where they can hide and easily catch anything that swims past. As you can see by its belly this fish had been having a feast! 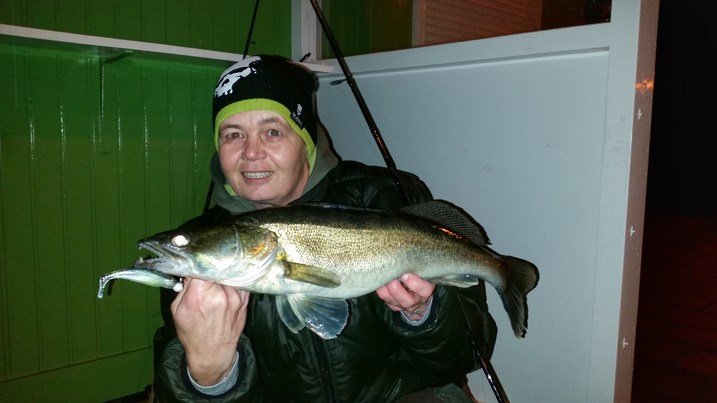 After that fish I decided to fish the quay as the current had become stronger and this spot was somewhat more sheltered, there was also a street light which created a lovely shady edge on the water. I dropped the shad to the bottom and slowly animated it by lifting it up and down, every now and then letting lie on the bottom. A few seconds later the shad was hit hard by a zander and this was to be the pattern for the night. By the end of the session I had caught 4 zander from the same zone, night test accomplished! 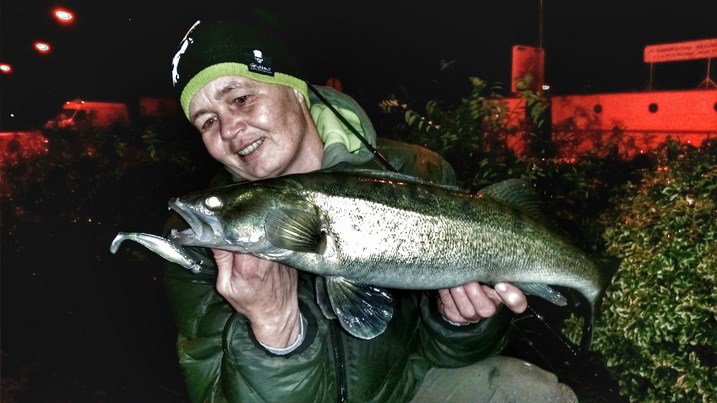 Next time out I will test the larger sizes of G'Bump on the river, fishing from my belly boat and target the big pike that I know hide there.
Without a doubt I can say that the G'Bump has earned its place in my tackle box.

No release No glory