I had a few hours to spare after finishing work so I called my friend Manuel picked me up and we headed to a nearby lake. The weather was just perfect for spring perch angling, partly cloudy and wind blowing at 2 to 4 m/s. The air pressure was not perfect as it had slightly increased from the day before but it could have been worse as they very easily stop feeding when the pressure decreases. For me, constant air pressure is one of the most important factors when fishing for perch.

A couple of days earlier the fishing had been slow but we had managed to catch a few really good perch. The bait of the session had been the Gunki Vista Worm so we started fishing with it and guess what; once again it worked like magic! 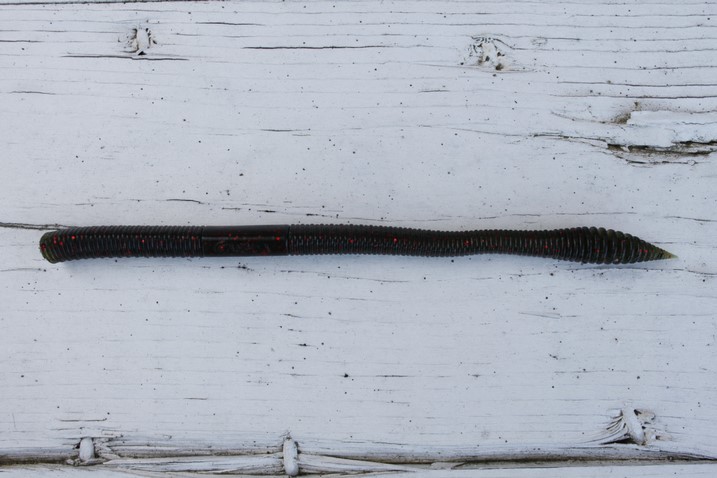 On the way to the first spot I rigged a Watermelon Red colour, size 5.8’’ Vista Worm on a weighted offset hook. In order to get the fish to react you had to fish really slowly, twitching or dragging the lure across the bottom. A few casts later a fish took my lure and by the way it was fighting I instantly knew it was a good sized one! Of course, it’s always when you really need the landing net that you realise that you’ve forgotten it in the car... luckily I hadn’t also forgotten Manuel ! As soon as it came to the surface, he scooped it out of the water and it was obvious that it was a kilo + perch. The fish weighed in at 1480gr for 46cm and, after a few photos went back in.

On the next spot it was Manuel’s turn to catch a nice perch of 1280gr and 44cm on the Gunki Vista Worm rigged the same way.

We headed to another spot that I knew could hold some nice fish. It was a narrow passage ranging from 4 to 9m of depth. We stopped the boat just in front of the zone, in about 8-9 metres and started fishing. Same technique, same lure, same rig, why change?! After a couple of casts, I felt a fish inhale my lure and as I set the hook I thought I had snagged the bottom. A second later it started moving and it felt just like a pike, a heavy weight with no crazy head shakes but, as soon as it neared the boat, it went ballistic! It was, without doubt a perch, a very big perch. Manuel, my fishing buddy / landing net got ready to pounce and, as the fish broke the surface he grabbed it and lifted it into the boat. We looked at each other, my knees started shaking and Manuel said “I think that you have a new PB my friend!” That was when it sunk in and I exploded with joy, I definitely had a new PB but just how big was it? After carefully weighing and measuring this beauty, we took few photos and then released my new perch record of 1630gr for 46cm! What a day, what a fish and what a lure, the Gunki Vista Worm had just become my new favourite perch lure! 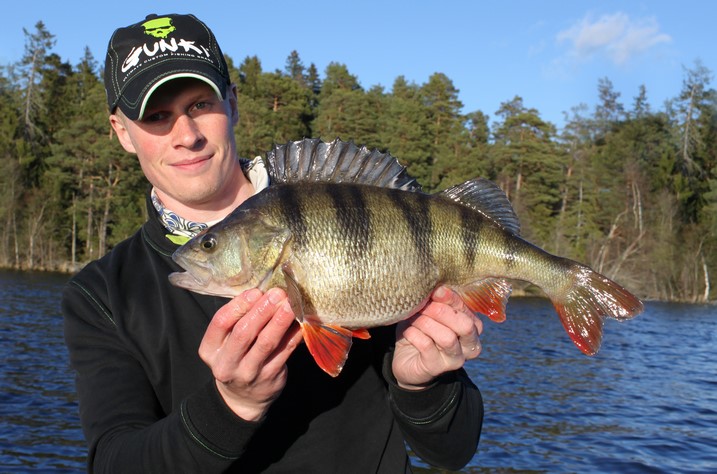