After a hard start to the season, it was time for revenge! So with David, a good friend, we planned a long weekend session. Of course nothing ever goes smoothly and the weather was more like a cold wet November, hey we need more than that to stay at home! As soon as the boat was on the water I started prospecting the margins with the Gunki Dogora Green Perch. A few cast later and the first pike of the day poses for a photo, things were looking better! 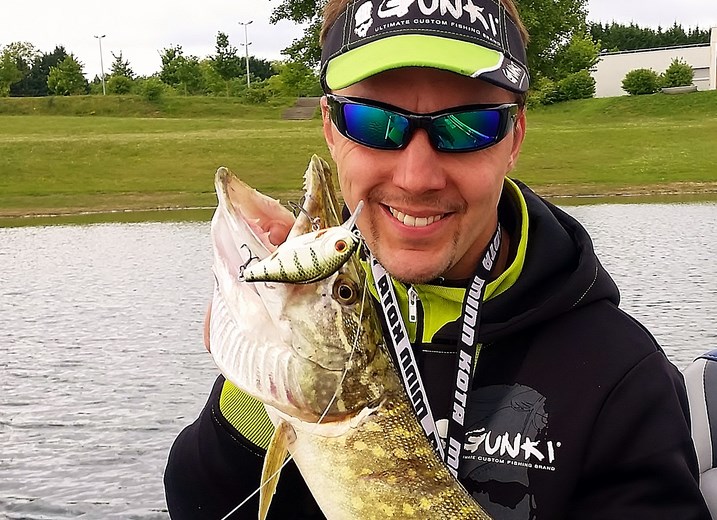 We continued fishing the margins but to no avail, the fish had moved deeper.

Quite a while later and countless lure changes, David caught 2 fish using a longbill minnow and myself one with the 10.5cm Salt & Pepper Gunki G’Bump, at last we had found the pike! They were holding just on the lip of drop-off to a much deeper zone, but we still can’t get them to bite as we would like them to. I decided to have a go with a jerkbait and do a bit of reaction fishing. Time to use the Gunki Shigeki 190 XXH! I love this rod, like the longer version, it has an insane backbone, is sensitive and just so comfortable to fish with heavy lures. A few casts later and it was photo time again! 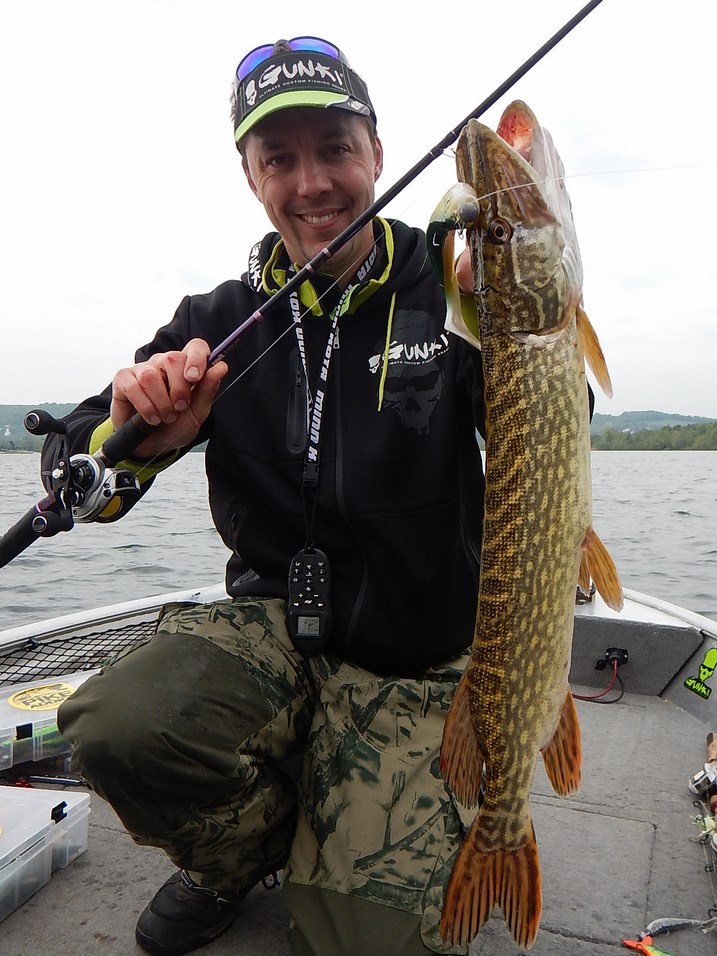 We seem to have found the pattern and the pike roll in! 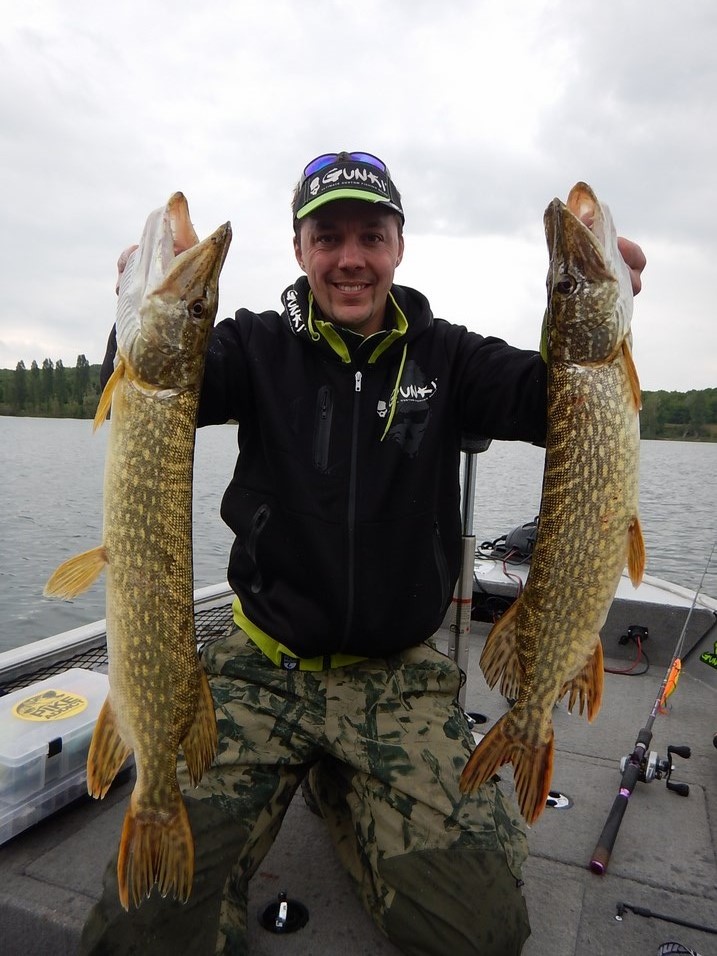 Sadly it won’t be the case for long. The wind drops and so do the number of bites, radicaly. Ok time to start searching again… A silent bigbait worked for a while and enabled me to catch a few nice fish like this 85cm + female. 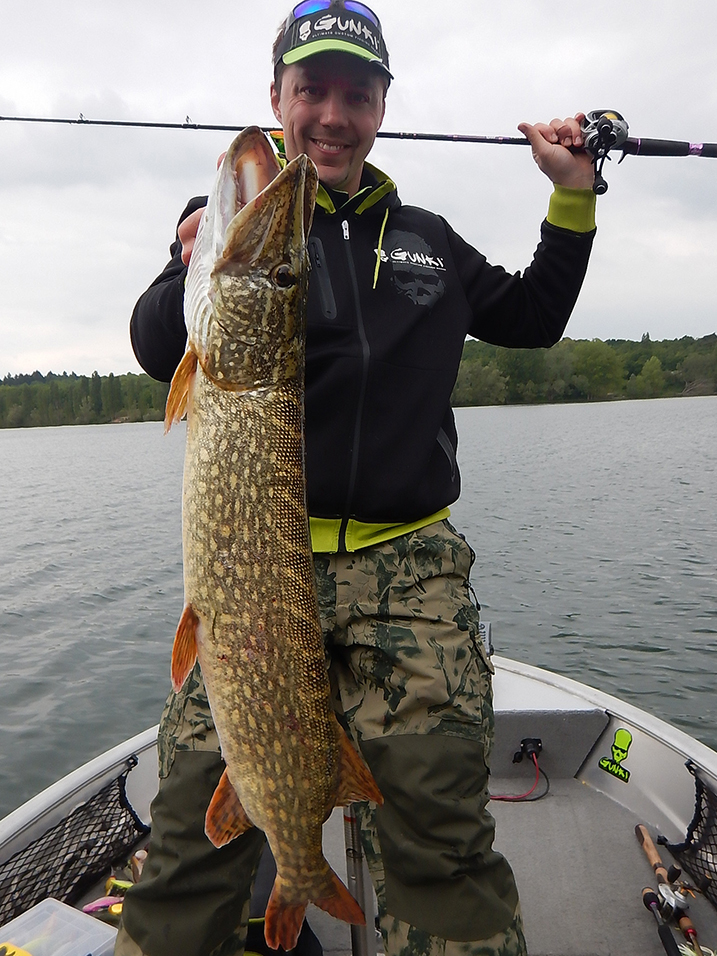 Day two, we decided to start early. I start fishing with the Gunki Zigra 150, something tells me that the pike should respond to the powerful vibrations it produces. The high back of this minnow gives it astounding stability enabling it to be fished with the hardest jerking action and that will just be the pattern of the day! 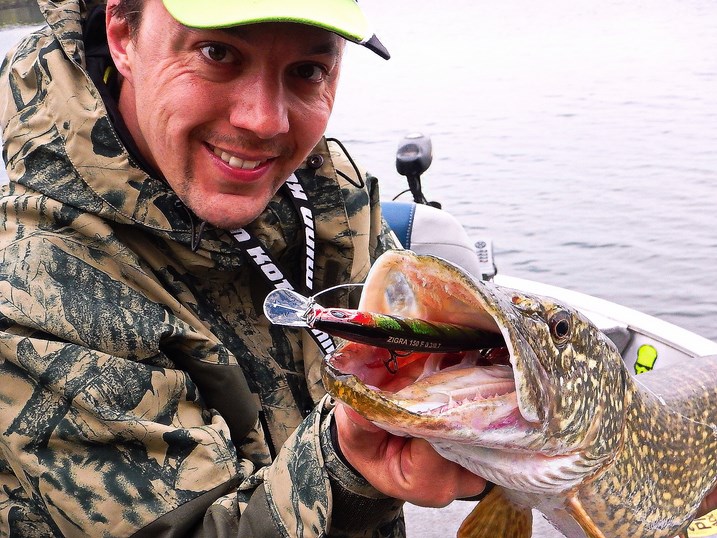 The key was to cast the Zigra into the margins, and retrieve it to the drop-off. As I got close to this zone, I’d give it a series of powerful jerks and then stop everything and mark a long pause. It was precisely at that moment that the pike would smash into it!

Now that was a better start to the season!