By using and browsing our websites, you consent to cookies being used in accordance with our policy. If you do not consent, you must disable cookies or refrain from using the site. Ok
Home FISH OF A LIFETIME ON THE GUNKI G’BUMP

FISH OF A LIFETIME ON THE GUNKI G’BUMP

The 29th of April is a day that I’ll never forget, let me tell you why.

During a 20 year love affair for pike and predator fishing it has been my goal, or rather an obsession, to catch a fish of 30lb or more! My long standing PB of 29lb 8oz from the Blithfield reservoir, which I caught on a fly, has lasted me for over 16 years. After coming so close to breaking my PB on two previous occasions today, at last, my lifelong dream was about to come true!

My favourite way to fish for pike is on lures and flies. To actually beat my PB using my favourite method makes this an even more special catch for me. In addition, I am overjoyed to have caught her on a new lure from the French brand, Gunki, which has only recently hit the UK market. The lure in question is the Gunki 20cm G’Bump in the perch pattern. It is one of those lures that you only have to look at to know that it is a pike lure, a BIG pike lure! The key to catching big pike is to go slowly, very slowly, and this shad enables you to do just that.

A soon as I set the hook I knew that this was no ordinary fish. After an arm-wrenching fight, countless heart stopping rushes, at last she surrendered.  I knew she was big but the closer she came, the bigger she got. As she laid there in the shallows, the adrenalin shot of the fight was suddenly replaced a shock realization, could my 16 years wait be at an end? Using the same care as when holding a newborn, I unhooked her, placed her in the sling and took hold of the scales. I could not believe my eyes...34lb 8oz! My PB was smashed by over 5lbs! A few photos and she went back to where she belonged to grow even bigger! As I watched her swim away, my legs crumbled and tears filled my eyes. I just couldn’t believe it, at last, I had caught my dream fish. 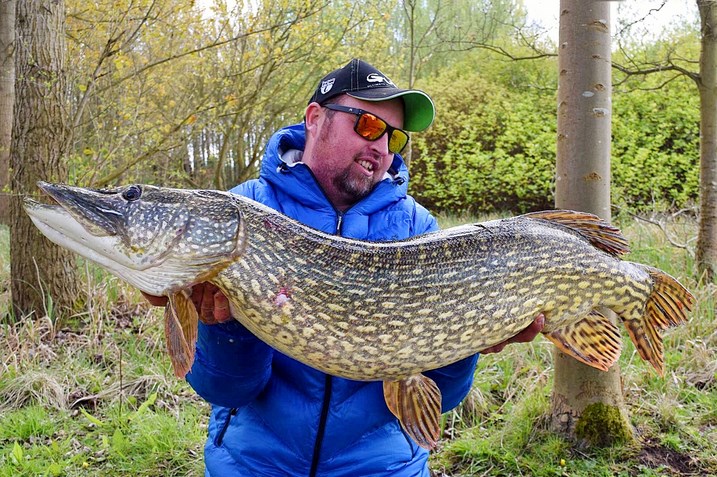 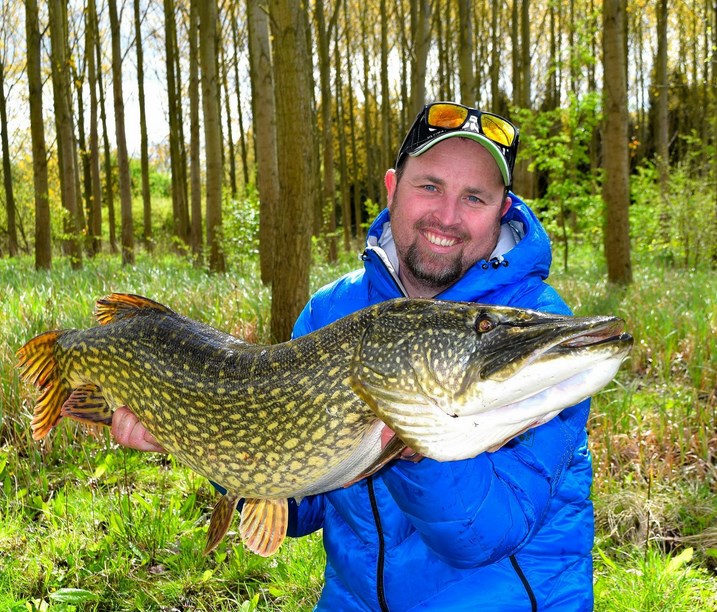 It just shows that dreams really can come true, you just have to keep believing and of course keep on fishing. 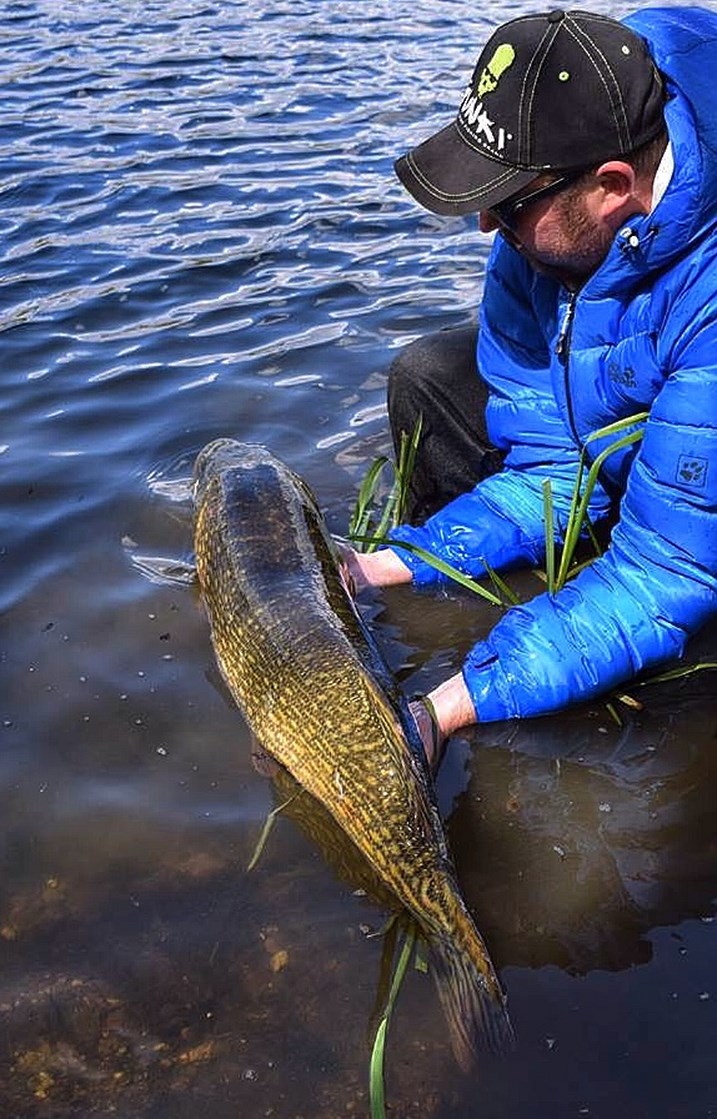 Birmingham West Midlands in the UK